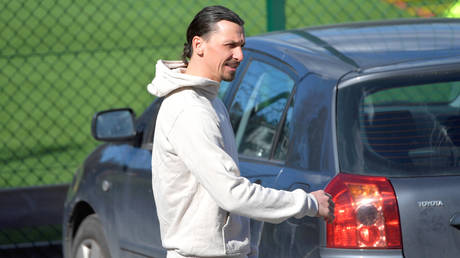 While Italy is under lockdown during the coronavirus pandemic, AC Milan striker Zlatan Ibrahimovic has trained with Hammarby – the Swedish club at the centre of the controversy that saw his statue torn down at first club Malmo.

The former Sweden captain has been out of action since scoring AC Milan’s final goal before Italian football was suspended on March 8, when the onset of the coronavirus pandemic caused the country to be locked down in an attempt to slow its death toll. 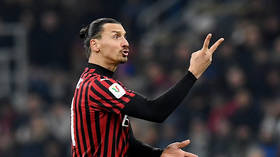 Ibrahimovic is said to have been on goalscoring form during a voluntary training session held on Thursday at top-level side Hammarby’s Arsta IP base in Stockholm, the striker’s home city where he has been staying with his family since returning from Italy during Serie A’s enforced break.

“He felt he wanted to touch the ball again,” revealed Hammarby Director of Football Jesper Jansson, a fellow former Sweden international who played at the 1992 Summer Olympics. “Of course, we were positive about it, so he was here and trained.”

The Swedish government has come under heavy scrutiny for failing to introduce a lockdown in line with almost all European nations, but Hammarby’s training ground has been closed to the public and elite football has been suspended for a fortnight as experts warn that Covid-19 could be about to heavily impact the country.

“During the break we have had voluntary training, and on Monday we will restart the collective training,” explained Jansson. “Zlatan is of course welcome to train with us then as well, but it remains to be seen whether that will happen.” 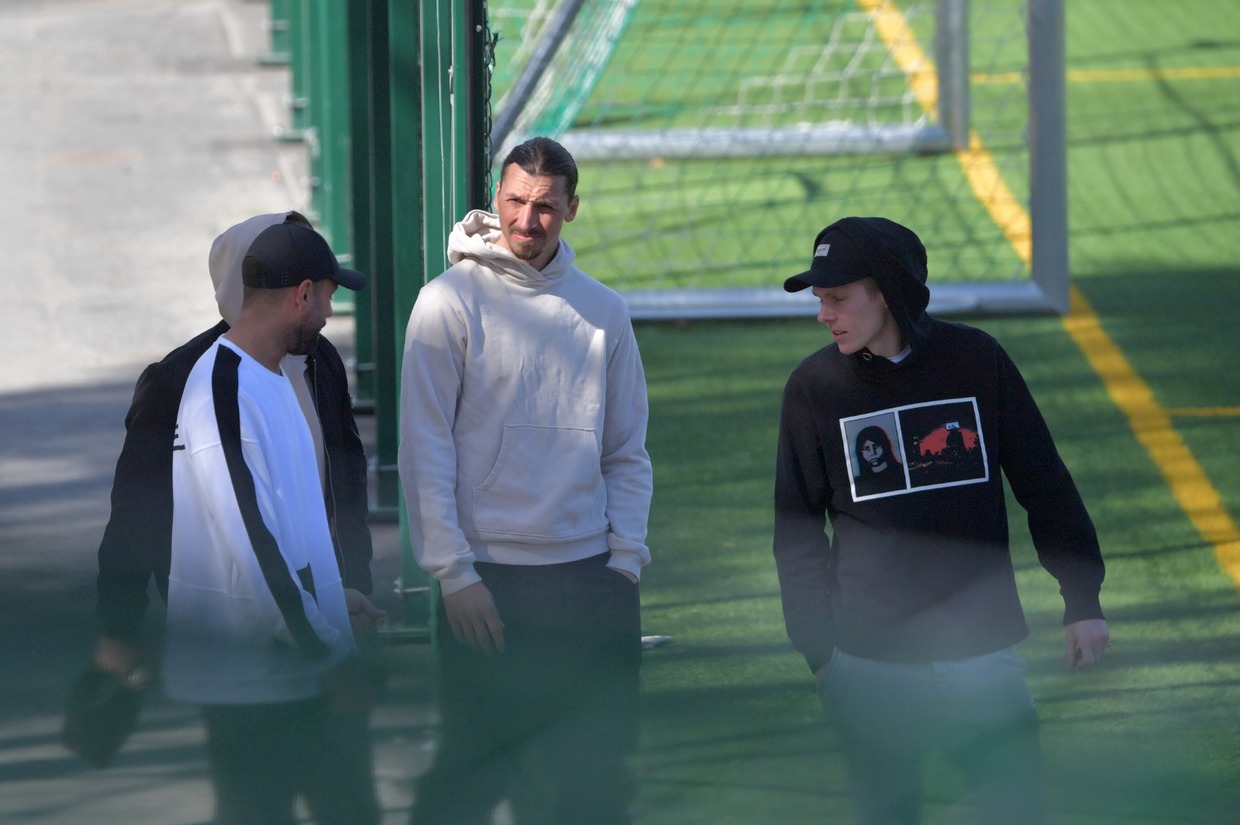 Ibrahimovic became the joint-largest shareholder in Hammarby outside of club members when he bought almost a quarter of the club in a surprise move in November that sparked fury among fans at rivals Malmo. 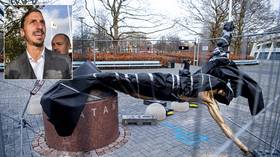 Outraged protestors subsequently damaged a half-naked statue of the 38-year-old outside Malmo’s Eleda Stadium so badly that it had to be removed following the high-profile series of attacks, with some fans labeling their fallen idol “a piece of sh*t.”

Feelings towards Ibrahimovic at his first club are unlikely to be improved by the words of Hammarby chairman Richard von Yxkull, who said he expected the icon to finish his career in Stockholm.

“It is so much fun that he wants to train with us,” Von Yxkull told Expressen. “There is no major drama. He simply wants to keep going and asked if he could train with us. 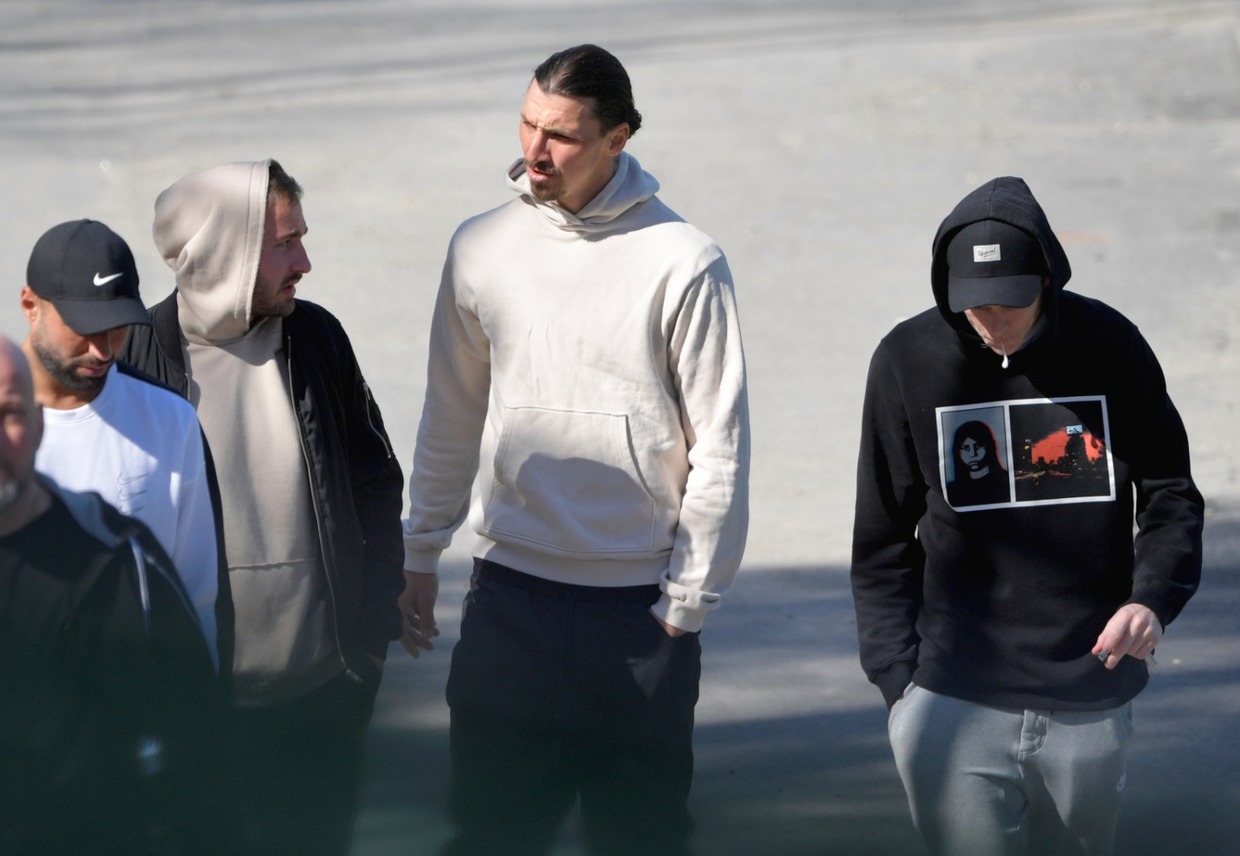 “I have a feeling that he will play for Hammarby. He is clearly going to play for Milan [if the Serie A season resumes]. Then he will finish at Hammarby.”

Despite losing 2-1 at home to Genoa in their last match, Milan have improved significantly since Ibrahimovic rejoined the club at the end of last year, losing only two out of 12 matches and giving high-flying rivals Inter a scare before spurning a two-goal half-time lead at the San Siro in February.

The influential Ibrahimovic has scored three goals in eight appearances during the club’s rise towards the upper echelons of the table. He is thought to have an extension clause in his contract should Milan accomplish the unlikely feat of qualifying for the Champions League if the Italian season is completed.