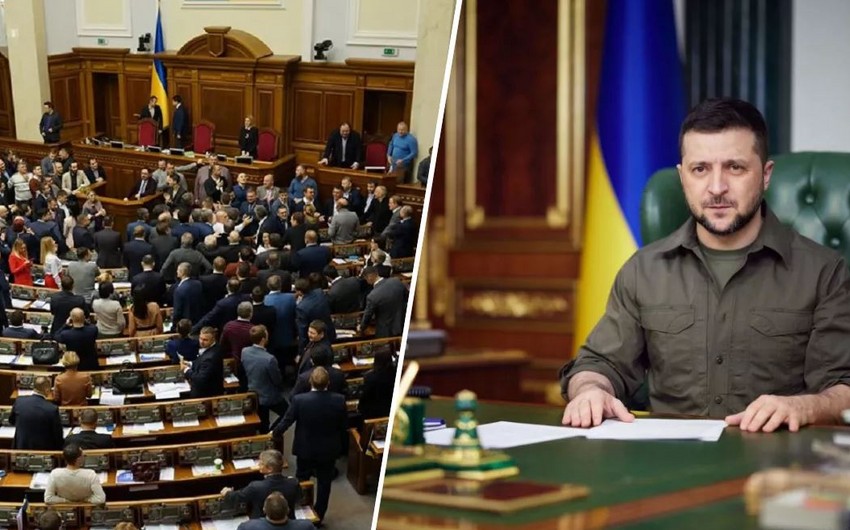 Ukraine’s President Volodymyr Zelenskyy has submitted a decree to the parliament on the forced seizure of objects of property rights of the Russian Federation and its residents, Report informs referring to Interfax-Ukraine.

The relevant draft law approving the decree of the head of state was registered on the website of the Ukrainian Parliament under the number 7371 on May 11.

“The decree of the President of Ukraine, which put into effect the decision of the National Security and Defense Council of Ukraine on the forcible seizure in Ukraine of objects of property rights of the Russian Federation and its residents, no later than six months after the abolition or completion of martial law in Ukraine, shall be subject to approval by the Verkhovna Rada of Ukraine by adopting the appropriate law,” the bill reads.

The world’s seven richest nations will announce a ban on Russian gold imports, US President…