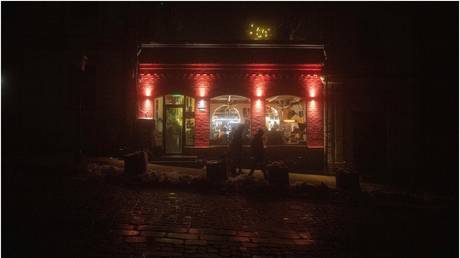 People walk past a cafe during a blackout in Kiev, November 24, 2022. ©  AP Photo / Evgeniy Maloletka

The Ukrainian leader has singled out Kiev authorities for mishandling power outages People walk past a cafe during a blackout in Kiev, November 24, 2022. © AP Photo / Evgeniy Maloletka

Ukrainian President Vladimir Zelensky has criticized authorities in Kiev for dropping the ball on makeshift relief stations for residents left without electricity following Russian strikes on the country’s energy infrastructure. Distortions and lies in official reports about the emergency shelters are inexcusable, he said.

In a video address on Friday, Zelensky announced that more than 4,000 so-called ‘invincibility centers’ had been set up across the country, where people can find heat, water, first aid and an internet connection. However, only a handful of such shelters in Kiev were properly equipped as around 600,000 families were still without power in the capital, he added.

Read more:   Azerbaijan's Central Bank: We ready to respond to any oil price, meet any challenge

“I expect quality work from the mayor’s office,” Zelensky said. “No one will forgive the charade with the invincibility centers in Kiev. I ask you to be more serious. The same goes for the lies in reports at various levels.” 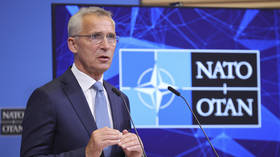 While the president did not detail his concerns, Kiev Mayor Vitaly Klitschko said on Friday that more than 400 heating stations have been set up in schools and other places.

The Zelensky administration has had a strained relationship with Klitschko, an ally of previous president, Pyotr Poroshenko. In 2019, the capital’s legislators asked the government to sack the mayor, but he remained in office and won re-election the following year. Ukrainian media further reported several times in 2021 that Zelensky had planned to fire the mayor.

Russia intensified strikes on the Ukrainian energy sector, including thermal power plants and power lines, in early October after a truck explosion damaged the strategic Crimean bridge. Russian President Vladimir Putin blamed Kiev for the incident, which he described as a terrorist attack on Russian soil.

Zelensky and other Ukrainian officials have accused Russia of deliberately killing civilians. Moscow, however, maintains that its forces only attack targets linked to Ukraine’s military capabilities. (RT)