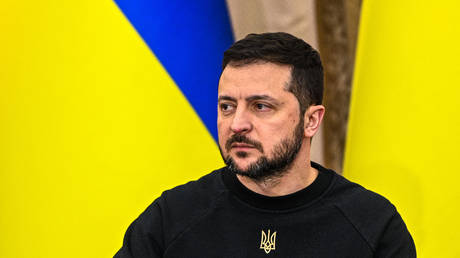 Nearly 200 public figures, including RT journalists and an award-winning filmmaker, have been targeted by Kiev © AFP / Yuriy Dyachyshyn

Kiev targeted award-winning director Andrey Konchalovsky and former governor of Moscow Region Boris Gromov, as well as several RT journalists and multiple bloggers. Commenting on getting on the blacklist, Konchalovsky told the RIA Novosti news agency that a “historical dazzle of large masses of people” was nothing new, but an eventual awakening of them was inevitable.

“I have not formed any particular opinion on the matter, except for what I have already said: I observe with compassion the tragic events in my beloved Ukraine,” Konchalovsky said.

The restrictions imposed for a 10-year period include freeze of assets, travel and visa bans, stripping of Ukrainian state awards, and some other measures. 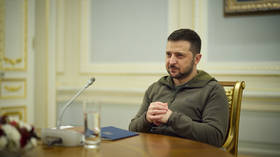 Kiev has repeatedly sanctioned Russian nationals amid the ongoing conflict with Mosciw, blacklisting hundreds of people.

Russia sent troops into Ukraine on February 24, 2022, citing Kiev’s failure to implement the Minsk agreements, designed to give Donetsk and Lugansk special status within the Ukrainian state. The protocols, brokered by Germany and France, were first signed in 2014. Former Ukrainian president Pyotr Poroshenko has since admitted that Kiev’s main goal was to use the ceasefire to buy time and “create powerful armed forces.”

Shortly before the hostilities broke out, the Kremlin recognized the Donbass republics as independent states and demanded that Ukraine officially declare itself a neutral country that will never join any Western military bloc. Last September, Donetsk and Lugansk, as well as Kherson and Zaporozhye Regions, were incorporated into Russia following referendums.