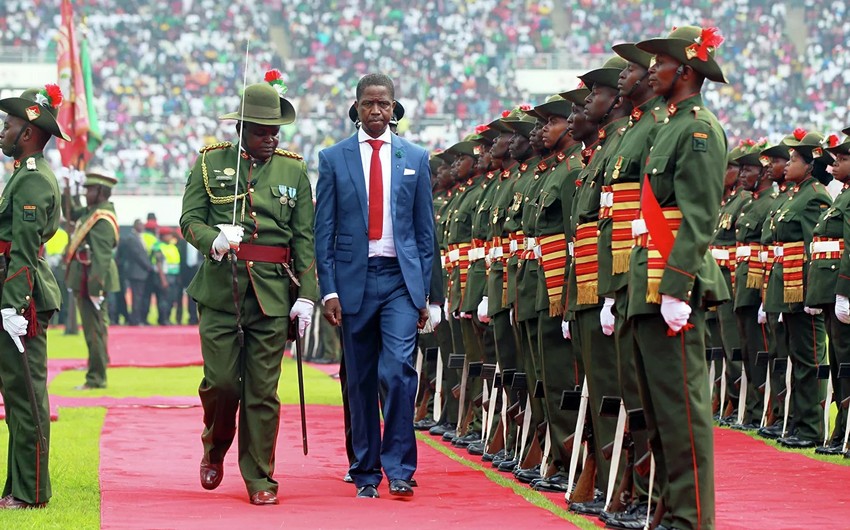 Shortly after, Secretary to the Cabinet, Simon Miti, issued a statement to reporters and the state TV, assuring the local public and the international community that President Lungu “is well and has continued to discharge his duties.”

Simon Miti disclosed that during the observation of the 45th Defence Force Day Commemoration and Investiture Ceremony, the Zambian president experienced “sudden dizziness” but recovered immediately.

The president is said to have walked on his own to his car and returned to State House.

The Zambian leader had a similar experience in 2015, caused by what the presidency said was an “esophagus condition.”