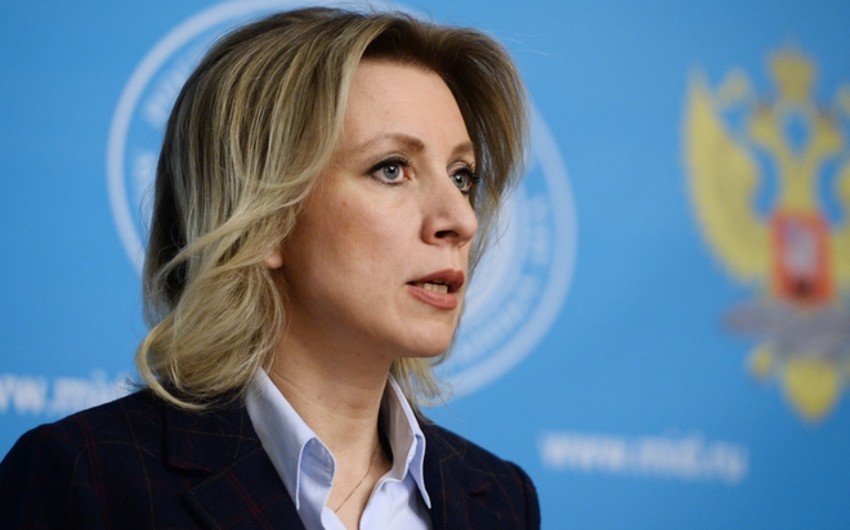 Russia, which maintains close ties with Azerbaijan and Armenia, pays special attention to the situation on the Armenian-Azerbaijani border and the situation in Karabakh, where the Russian peacekeeping contingent is stationed, Russian Foreign Ministry spokesperson Maria Zakharova said at a weekly briefing.

“Russia continues to make a substantial contribution to maintaining stability, establishing peaceful life, including the return of refugees and the exchange of dead bodies. We assist in building trust between Baku and Yerevan and continue to work on ensuring the access of the CSTO, UN, and UNESCO mission,” she said.

Report’s Russian bureau informs that, according to Zakharova, the Russian Foreign Ministry is concerned about any manifestations of the escalation and tensions in Karabakh: “It has an extremely negative position on the situation and does not promote the normalization of the dialogue while leading to unfounded losses from both sides. In this respect, we would like to extend our condolences during the frontline incidents. They should be resolved solely through political and diplomatic means. Both parties must abstain from confrontational rhetorics. We are convinced that sustainable de-escalation can be ensured through the immediate launch of the border delimitation with its further demarcation. The Russian side has prepared several documents, which can bring the dialogue to a constructive course.”

Commenting on the meetings between the Azerbaijani, Russian and Armenian leaders, Zakharova noted that the problem of the regional situation was a key problem in talks. The presidents confirmed the determination to find optimal ways of settlement and expressed their firm commitment to the consistent and comprehensive implementation of agreements, which stopped the bloodshed.

The Russian Foreign Ministry also drew attention to the activity of the tripartite working group, which held several rounds of discussions.