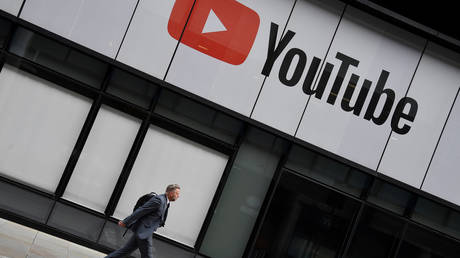 A former YouTube mod has sued the Google-owned platform, claiming work exposure to child abuse, beheadings, and other vile content led to depression and PTSD. Her lawyers previously forced a large settlement out of Facebook.

The unnamed ex-YouTube moderator is demanding compensation and treatment for the trauma she said she suffered, claiming in a lawsuit filed on Monday that her work left her with depression and PTSD symptoms. According to the filing, she now experiences panic attacks, nightmares, and crippling anxiety, causing her to shun crowds and children and fear one day having kids herself.

Alleged “chronic understaffing” at YouTube forced her and her coworkers to review anywhere from 100 to 300 pieces of graphic content – murders, suicides, bestiality, torture, and so on – over a four-hour period, the class-action lawsuit charges. Expected to accurately grade the content with an error rate of under five percent, mods couldn’t just skip or look away from unpleasant videos.

YouTube is accused of violating California law by failing to safeguard employees’ mental health and provide a “safe workplace” for the plaintiff and her colleagues. The suit also calls for the company to set up a medical monitoring program to screen content moderators for symptoms of mental illness, diagnose sufferers, and provide treatment – all on YouTube’s dime.

Also on rt.com Facebook paying $52 million settlement to moderators who claim they developed PTSD through work

Joseph Saveri Law Firm, which filed the case on behalf of the anonymous content reviewer and her colleagues, has some experience taking multi-billion-dollar tech firms to the cleaners on behalf of traumatized content moderators. A 2018 lawsuit they filed for Facebook mods ended with the tech behemoth coughing up a $52 million settlement earlier this year.

The YouTube suit charges that the company didn’t adequately warn prospective moderators of the depths of depravity they’d be combing through, merely informing them they might be required to view “graphic” content. Nowhere is the possible mental health impact of repeated exposure to such content described, and workers sign a non-disclosure agreement before starting their jobs, meaning they can’t discuss the details with a typical therapist.

While one might think being exposed to non-stop violence and abuse would be enough to allege trauma, the lawyers took care to point out that moderators also suffered “repeated exposure to conspiracy theories, fringe beliefs, and political disinformation,” implying some equivalency between “false information about participating in the census” or “manipulated/doctored videos of elected officials” and clips of animal torture or genocide.

In oddly specific language, the suit complains that YouTube doesn’t ease its reviewers into the job “through controlled exposure with a seasoned team member followed by counseling sessions.” Nor does it “alter the resolution, audio, size, and color of trauma-inducing images and videos” – though the platform might argue that defeats the purpose of having human moderators review it. “Human judgment is critical to making contextualized decisions on content,” according to YouTube’s own guidelines. (RT)