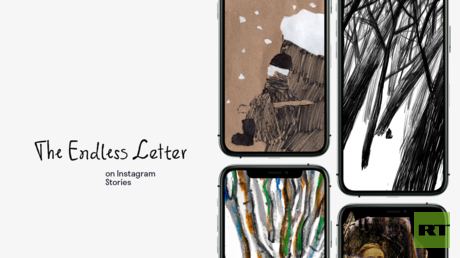 RT’s historical tribute to the 75-year anniversary of victory over fascism, #VictoryPages, launches ‘Infinite Letter’ on Instagram. Starting this January the project will run until May.

“Today we live, but tomorrow or in an hour, a minute you are gone,””Mom! Don’t make a mistake, don’t join the army, stay at home,””The city is destroyed… Sorry for Rostov” – simple and sincere words of letters from the front shine light on a different, human perspective in the history of the Great Patriotic War.

On the eve of the anniversary of the victory over fascism, #VictoryLetters unites young artists and personal archives on Instagram.

“Our project is less about the ‘feat of the people’ or the ‘victorious nation,’ it’s more about human fate. The big picture only becomes visible through detail. Through personal stories. And there is nothing more personal than letters,” said the author of the idea, Deputy Editor-in-Chief of RT Kirill Karnovich-Valua.

#VictoryLetters shows daily life during war, what Soviet soldiers saw while moving through territories they liberated from fascist occupation, and what they discovered when they crossed the border with Europe. Letters from home speak of what happened to families during evacuation or occupation, how they lived and worked at the rear, where people lived by the slogan ‘Everything for the front!’

Most of the letters were handed over to the project by Tatyana Vasilevskaya, who, since 2014, has published four volumes of correspondences from the Second World War in her publishing house ‘Kniga’. These testimonies of living history came from personal archives and museums, from families and local historians, from Russia and from abroad.

“Front-line letters are a unique, sincere historical document of the Great Patriotic War. Addressing loved ones, children, mothers, censored yet devoid of false arrogance, these laconic lines create such a magnificent image of a soldier, of people. In my opinion, no scientific treatises are able to answer the question to the same extent as to why it was us who won the worst war in the history of mankind,” said Tatyana Vasilevskaya. 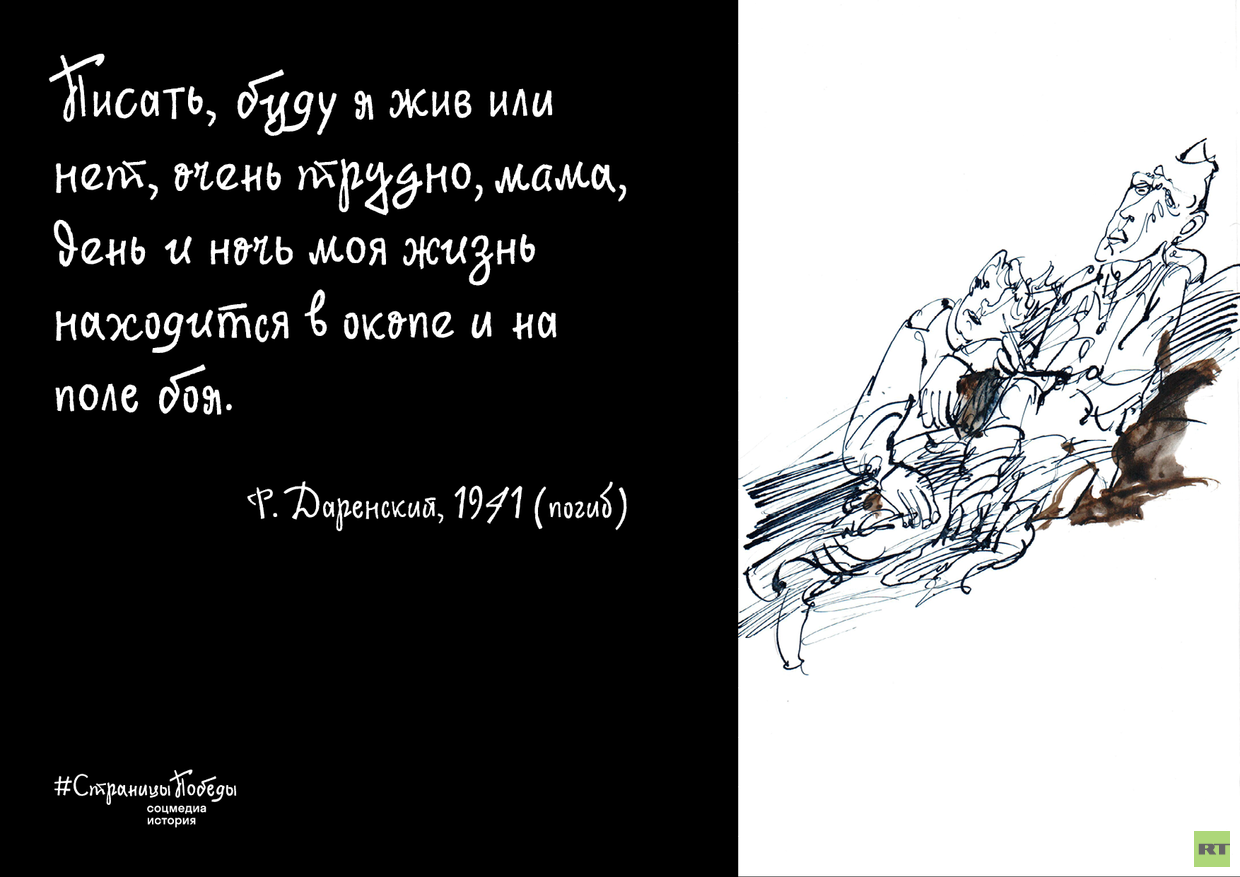 Young artists from the RANEPA School of Design, as well as international graphic artists Mikhail Sorkin and Peter Bankov, were invited to work on the visual part of the projects. Quotes from letters, interspersed with illustrations, create a kind of ‘Infinite Letter’ in Instagram Stories. Composer Maxim Makarychev (Sirotkin, On-The-Go) wrote a continuous musical score to complete this ‘letter from the past’.

“Illustrations by young designers and the story format are an emotional bridge from the terrible times of war to the peace we know today, where despite all the horrors, people also loved, worried, dreamed, believed. ‘Infinite Letter’ is a generational link that our team will try to recreate using narrative and visual means – with the hope that the youth of today and future generations will understand why this should never be repeated,” said Kirill Karnovich-Valua. 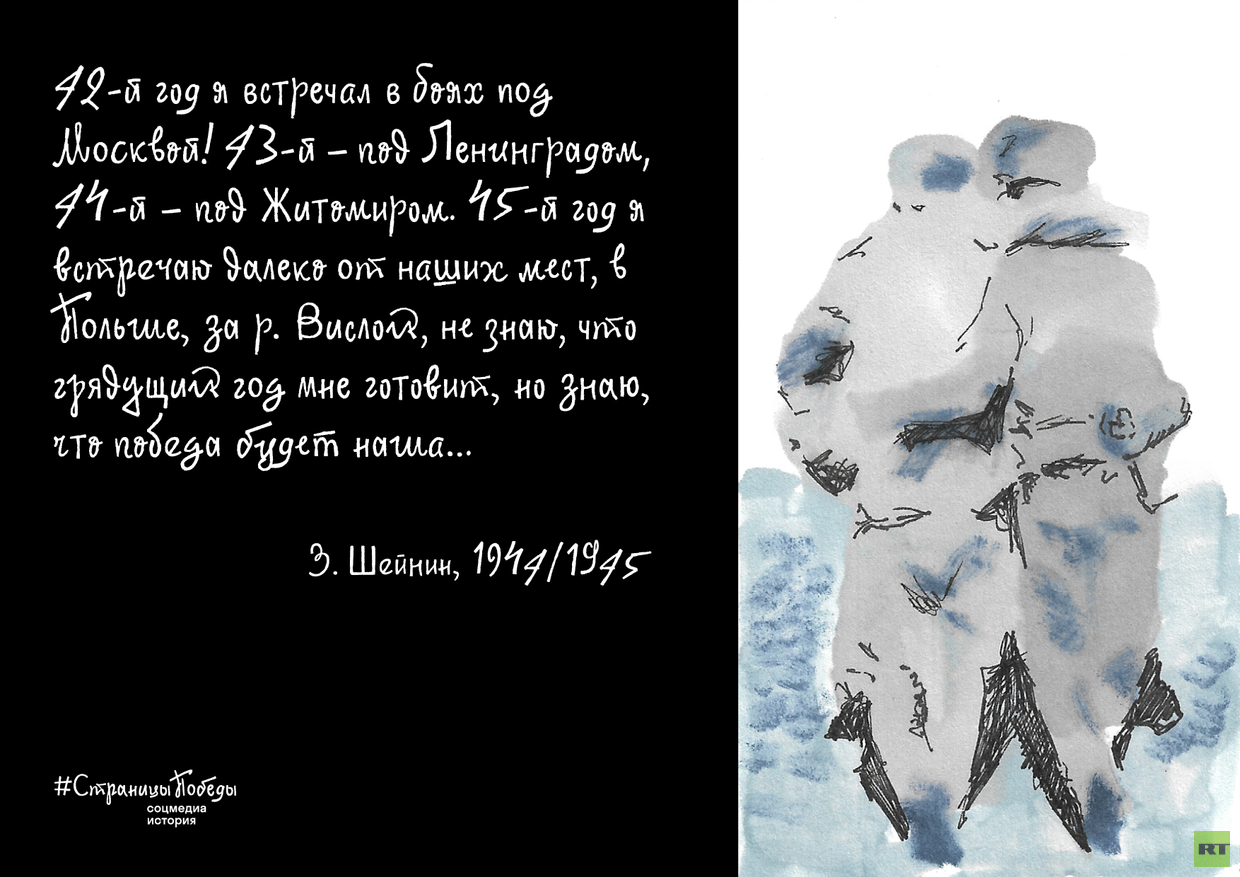 “For students of the RANEPA School of Design, the #VictoryLetters project became not only a professional, but also a deeply human experience,” said Sergey Serov, Ph.D., professor at RANEPA.