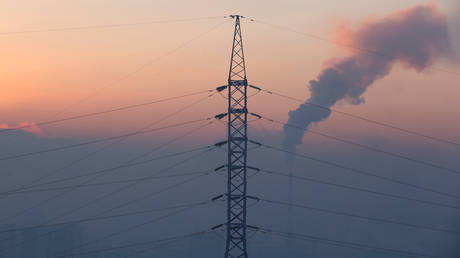 A view shows high voltage electric lines and a pylon in the Siberian city of Krasnoyarsk, Russia December 26, 2018.© REUTERS/Ilya Naymushin

Russian officials are working on a new system to charge companies based on their contribution to global warming, a top minister has said, outlining efforts to bring the country’s policies in line with those elsewhere in Europe.

Speaking at an international oil and gas conference in the Far East on Tuesday, Maxim Reshetnikov, the head of Russia’s Economic Development Ministry, said that plans were underway to work out what corporate polluters owe under the system.

“We will launch our version of a carbon dioxide pricing system,” he said. “And here we have to follow the example of our European colleagues who have been doing this for 20 years, and implement it in a fairly short period of time.” (RT)