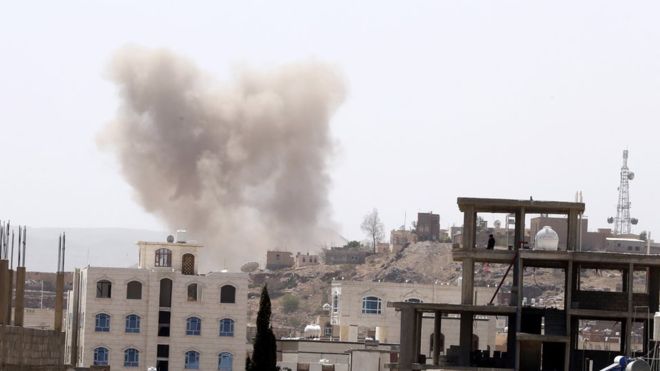 A Saudi Arabian-led coalition fighting Houthi forces in Yemen has declared a ceasefire, according to officials.

Sources told the BBC the ceasefire will come into effect on Thursday in support of UN efforts to end the five-year-old war.

The coalition, backed by Western military powers, has been fighting against Houthi forces aligned to Iran since March 2015.

It’s unclear if the Houthi forces will also observe the ceasefire.

Last month the UN Secretary General António Guterres called on those in Yemen to cease fighting and ramp up efforts to counter a potential outbreak of the coronavirus.

He called on the parties in the country to work with his special envoy Martin Griffiths to achieve a nationwide de-escalation.

On Wednesday, Mr Griffiths welcomes the ceasefire news in a statement.

He said: “The parties must now utilise this opportunity and cease immediately all hostilities with the utmost urgency.”

Both sides are expected to take part in a video conference to discuss the ceasefire. The proposal calls for the halting of all air, ground and naval hostilities.

A statement from the coalition forces said: “On the occasion of holding and succeeding the efforts of the UN envoy to Yemen and to alleviate the suffering of the brotherly Yemeni people and work to confront the corona pandemic and prevent it from spreading, the coalition announces a comprehensive ceasefire for a period of two weeks, starting on Thursday.”

The situation in Yemen has long been described as the world’s worst humanitarian crisis. The war has cost many civilian lives and left the country on the brink of collapse.

The UN has brokered talks in the past, but this will be the first that the coalition has announced a countrywide ceasefire.

Mohammed Abdulsalam, spokesman of the Houthi movement said his group had put forward a vision to the UN which includes an end to the war and to “the blockade” on Yemen.