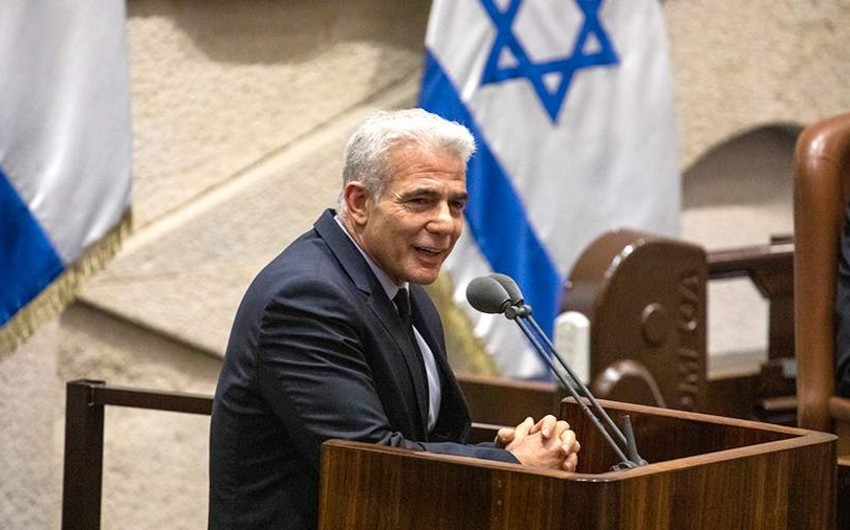 Yair Lapid officially became the Prime Minister of Israel at the stroke of midnight between Thursday and Friday, taking office as the 14th premier in Israel’s history, Report informs, citing the Times of Israel.

Lapid’s term leading the country could be a fairly short one, as he takes over a caretaker government ahead of national elections on November 1. But the new prime minister appeared ready to make the most of a potentially brief tenure.

“We’ll do the best we can for a Jewish, democratic state, good and strong and thriving, because that is the job, and it’s bigger than all of us,” Lapid said at a handover ceremony with outgoing prime minister Naftali Bennett on Thursday afternoon.

On his first day in office Friday, Lapid’s first agenda item is a meeting with Ronen Bar, the head of the Shin Bet security agency, at the Kirya military headquarters in Tel Aviv.

Shortly afterward, the new prime minister is slated to hold a meeting to discuss “the captives and MIAs” — a reference to the two Israeli men and the remains of two IDF soldiers being held by Hamas in the Gaza Strip.