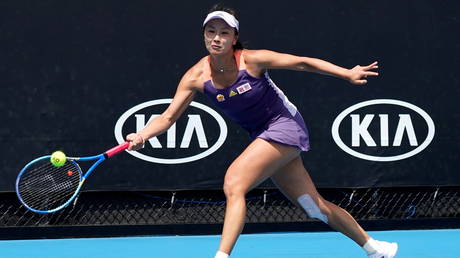 Peng Shuai has been at the center of an international row. © Reuters

The Women’s Tennis Association (WTA) is suspending all events in China after accusing the country of failing to investigate claims of sexual assault made by doubles star Peng Shuai against a former top government official.

WTA chairman and CEO Steve Simon announced the step in a statement, saying he could not ask players to compete in China “in good conscience.”

“I am announcing the immediate suspension of all WTA tournaments in China, including Hong Kong,” read a message from Simon on the WTA website.

“In good conscience, I don’t see how I can ask our athletes to compete there when Peng Shuai is not allowed to communicate freely and has seemingly been pressured to contradict her allegation of sexual assault.

“Given the current state of affairs, I am also greatly concerned about the risks that all of our players and staff could face if we were to hold events in China in 2022.” 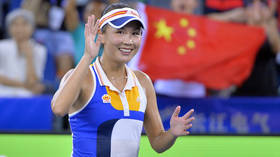 Peng Shuai: What do we know about Chinese tennis star at center of international storm?

Peng, 35, appeared to make the accusations against former vice-premier Zhang Gaoli on the Chinese social media site Weibo at the start of November.

The former world doubles number one claimed she had been coerced into having sex with Zhang around three years ago, but also admitted that the pair had had an on-off a consensual relationship.

The claims promptly disappeared and Peng was not seen or heard from, prompting concerns for her wellbeing.

Chinese state media then released a series of images and video clips of Peng appearing in public, as well as an email she had purportedly sent to the WTA in which she claimed the sexual assault allegations were untrue and denied that she had gone missing.

Peng later held a video call with International Olympic Committee (IOC) chief Thomas Bach in which she said she was “safe and well”. 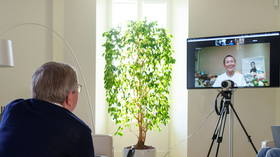 However, WTA bosses continued to harbor concerns over Peng’s wellbeing and her accusations of abuse. The organization had already threatened to pull out of China before announcing the suspension of events there on Wednesday.

“When on November 2 Peng Shuai posted an allegation of sexual assault against a top Chinese government official, the Women’s Tennis Association recognized that Peng Shuai’s message had to be listened to and taken seriously. The players of the WTA, not to mention women around the world, deserve nothing less,” read the WTA statement.

“From that moment forward, Peng Shuai demonstrated the importance of speaking out, particularly when it comes to sexual assault, and especially when powerful people are involved.

“As Peng said in her post, ‘Even if it is like an egg hitting a rock, or if I am like a moth drawn to the flame, inviting self-destruction, I will tell the truth about you.’

“She knew the dangers she would face, yet she went public anyway. I admire her strength and courage.”

WTA boss Simon further accused the Chinese leadership of “not [addressing] this very serious issue in any credible way.”

“While we now know where Peng is, I have serious doubts that she is free, safe and not subject to censorship, coercion and intimidation,” added the tennis boss.

“The WTA has been clear on what is needed here, and we repeat our call for a full and transparent investigation – without censorship – into Peng Shuai’s sexual assault accusation.

“None of this is acceptable nor can it become acceptable. If powerful people can suppress the voices of women and sweep allegations of sexual assault under the rug, then the basis on which the WTA was founded – equality for women – would suffer an immense setback. I will not and cannot let that happen to the WTA and its players.” (RT)

Tehran is ready to expand the transit of gas from Turkmenistan to neighboring countries, given…

Azerbaijani MFA comments on burning of forests by Armenians in Lachin

09:52 Kazakhstan willing to ink agreement on trade and economic cooperation with Azerbaijan