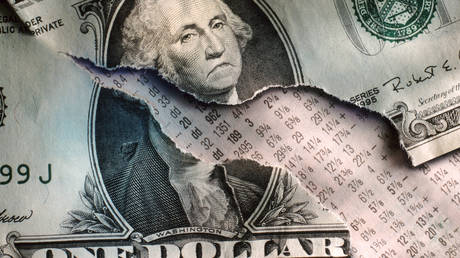 Elon Musk, the world’s richest man, has tweeted in praise of the recession facing the US in response to a follower’s question, suggesting it’s actually a “good thing” because “it has been raining money on fools for too long.” He blamed “Covid-19 stay-at-home stuff” for “tricking” people into thinking they could make money without having to “work hard,” suggesting many people were in for a “rude awakening.”

Yes, but this is actually a good thing. It has been raining money on fools for too long. Some bankruptcies need to happen.Also, all the Covid stay-at-home stuff has tricked people into thinking that you don’t actually need to work hard. Rude awakening inbound!

Doubling down on his praise of incipient economic doom, Musk elaborated on his philosophy in response to another follower’s tweet, calling for “companies that are inherently negative cash flow (i.e. value destroyers)” to “die, so that they stop consuming resources.”

Read more:   'Out from under doona': Australia plans to end most restrictions by mid-year

It’s not clear what companies Musk was referring to. The massive market capitalization of his own electric car company, Tesla, was built largely on government green energy subsidies.

While it has since become profitable, it certainly did not begin that way. Twitter, too – which Musk agreed to purchase for $44 billion earlier this month – has returned a loss every year of its operation except 2018 and 2019.

Musk seems to be aware of Twitter’s profitability problems, having paused the deal to acquire the social media platform until the percentage of bots and spam accounts is brought under 5%. With just 217 million “monetizable” users who are shown ads on the platform, Twitter is no match for Facebook, monetarily speaking – Mark Zuckerberg’s social network boasts a whopping 1.93 billion subscribers, though its own revenues have been dwindling as well. However, Musk has offered few hints of how he plans to make Twitter profitable. (RT)