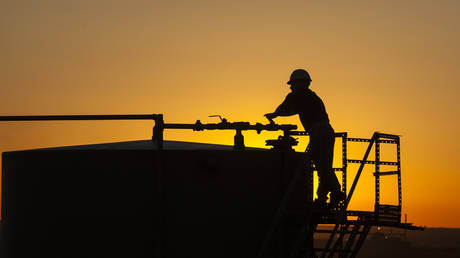 Despite accelerated efforts by Western states to wean their economies off Russian oil and gas, it may take years to replace them, the head of the World Bank has warned.

“Under current policies global energy production may take years to diversify away from Russia, prolonging the stagflation risk,” David Malpass said at a Stanford University conference on Thursday.

The European Union has pledged to abandon Russian natural gas and cut oil imports as part of sanctions on Moscow over the Ukraine conflict. The move, aimed at hitting Russia’s economy, has instead provoked an increase in global food and fuel prices.

The World Bank president’s remarks come amid a global energy crunch, with soaring food and fertilizer prices and rising interest rates, and at a time when emerging economies are experiencing currency depreciation and capital outflows.

Read more:   Elvina Murzaeva: Today is a black date in memory of every Crimean Tatar - VIDEO

Malpass noted that these shockwaves have hit development, adding to problems such as debt sustainability and limited fiscal budgets in the wake of the Covid-19 pandemic.

Combined with the impact of energy supply cuts in the EU, these overlapping crises could be “catastrophic”, Malpass fears.

He noted that many countries have been forced to revive coal power plants due to limited and expensive natural gas, and are suspending plans to phase out dirty fuels.

“Coal-fired power plants are seeing their closures postponed across the world and coal mining has accelerated,” he said.

According to the World Bank, these colliding crises create a pressing danger for developing countries, raising the risk of a global recession.