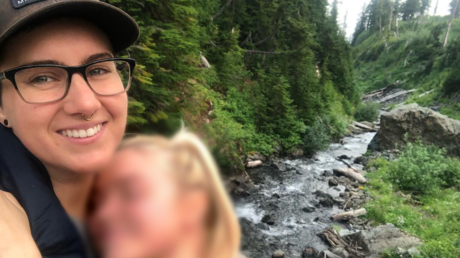 Ellen Brennan Reiche, one of two women charged this week in Seattle for allegedly attempting a terrorist attack on a railroad, was reportedly the deputy field organizer for the Democratic Party in Washington state.

US Attorney Brian Moran announced the charges, saying that the 23-year-old Reiche and Samantha Frances Brooks, 27, were arrested on Saturday night after they allegedly placed a “shunt” on BNSF railroad tracks in Bellingham, Washington. A shunt is comprised of wire and magnets stretched between the tracks to disrupt the low-level electrical current and can be used to derail a train, cause train cars to decouple or stop safety gates from coming down at railroad crossings, Moran said.

The FBI’s Joint Terrorism Task Force has been investigating the placement of shunts on BNSF tracks in Washington since January. There have been at least 41 such incidents during that period, causing crossing gates to malfunction, disrupting automatic braking systems and nearly derailing a train pulling tanks of hazardous and flammable chemicals. 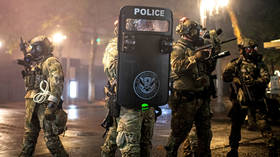 An anarchist group called It’s Going Down claimed responsibility for the railway attacks on its website, saying it was being done to “fight against colonial invasion” of Wet’suwet’en Indian lands in British Columbia. Bellingham is located about 17 miles south of the Canadian border.

Reiche’s Linkedin profile, which has apparently been deleted, reportedly indicated that she had worked as deputy field organizer for Washington State Democrats. She’s currently a mentor for Wild Whatcom, which takes children on nature outings.

BNSF police observed Reiche and Brooks kneeling on railroad tracks on Saturday night, according to Moran’s statement. Whatcom County Sheriff’s Department deputies confronted the two women at the scene and found a shunt on the tracks near the spot where they had been spotted by surveillance cameras. (RT)