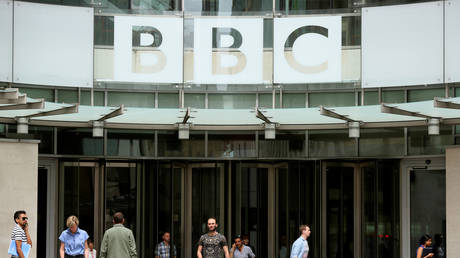 The BBC has been accused of reimagining British history to make it more woke-friendly after it emerged that a children’s programme will teach that the nation’s earliest inhabitants were black.

An episode of the BBC children’s series Horrible Histories will focus on the role of black people in Britain’s past. Launched in 2009, the series uses comedy sketches to help young people familiarize themselves with troubling chapters from history.

Set to air on May 7, the episode dedicated to black history will feature abolitionists rapping that “our lives matter,” in a nod to the Black Lives Matter movement.

Speaking to the Telegraph, the show’s creative lead, Richard Bradley, said that the death of George Floyd at the hands of Minneapolis police, as well as the toppling of a statue of 17th century slave trader Edward Colston in Bristol, created a need to “reevaluate” how Britons think about the past.

He said that the events provided an opportunity for the programme to “tackle the whole area of black history” and explained that the episode in question would explore how Britain has “always been a country with many races and ethnicities.”

In an effort to illustrate to young people that the nation had black inhabitants “from the start,” one of the show’s sketches will document how African troops were stationed along Hadrian’s Wall, when the country was under Roman occupation in the third century AD. The programme will also feature a song about how prehistoric Britons had dark skin “before these Isles were British.” The tune is a reference to a fossil, known as Cheddar Man, which dates back 10,000 years. A recent DNA analysis of the remains concluded that the prehistoric man had dark skin and black curly hair.

Also on rt.com Nonsense and Insensibility: Trying to rewrite Jane Austen for ‘links’ to slavery shows the idiocy of woke historical revisionism

Bradley claimed that the programme’s writers had worked “carefully” to ensure that they got black history right, adding that young people and teachers had expressed interest in the subject. (RT)