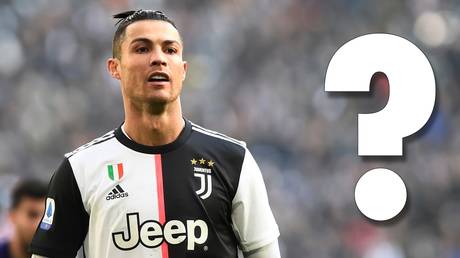 Cristiano Ronaldo would be the most coveted asset in the sporting world if rumors linking him with a Juventus exit are proved true. RT Sport looks at four possible landing spots for the Portuguese icon.

The 35-year-old has already plied his trade for some of the biggest clubs in the world, having starred for Manchester United, Real Madrid and Juventus in his career after starting out at Sporting Lisbon in Portugal.

But, despite being the leading light for Serie A giants Juve, rumors are starting to circulate linking “CR7” with a move away from Turin.

“For now only classifiable as rumors, but that comes to me from different sources and therefore at least makes me raise my antennae: At the end of the season the roads of #Ronaldo and of #Juve they could separate,” tweeted Italian football journalist Pietro Balzano Prota (via translation).

“This is what I have been said. I repeat, for now, rumors remain. We’ll see.”

It begs the question: Where could Ronaldo end up next? We take a look at four possible landing spots for the global football icon: 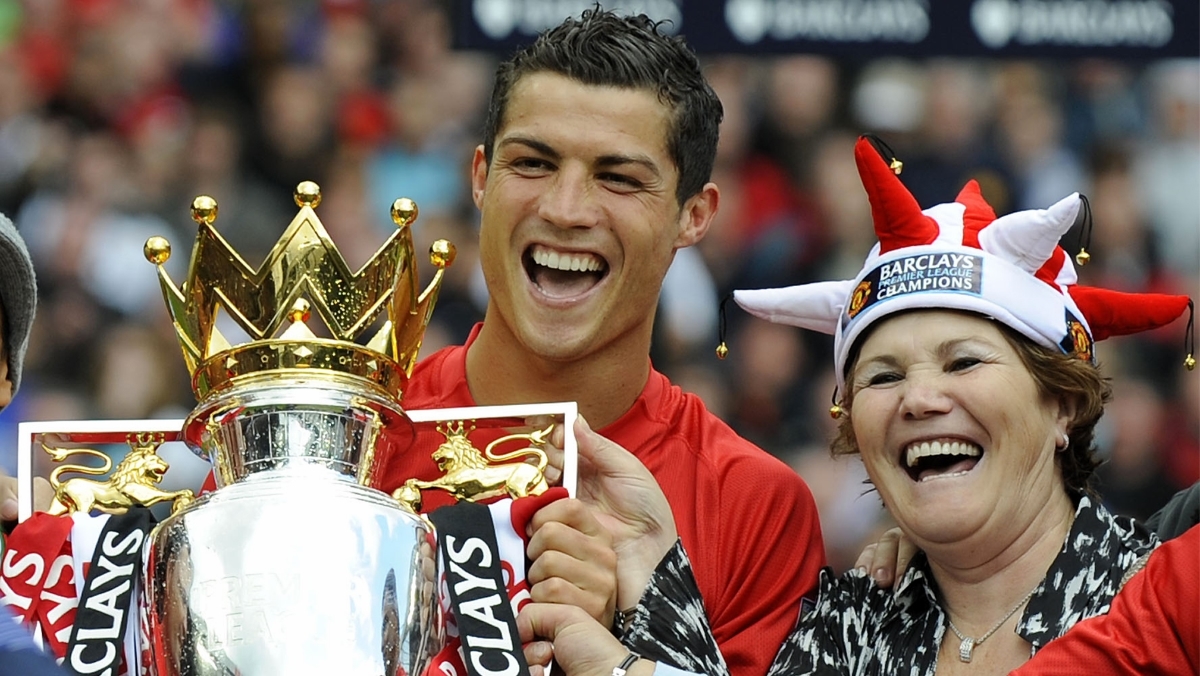 Yes, ever since the rumors started regarding Ronaldo’s departure from his previous club, Real Madrid, United have been mentioned as a possible return destination. Under Sir Alex Ferguson’s tutelage, Ronaldo progressed from a raw, but talented winger into one of the best players in the world.

But, eventually, the lure of La Liga – and a blockbuster contract – proved too much to ignore and Ronaldo swapped Old Trafford for the Bernabeu as he moved to Spain and sparked an iconic La Liga rivalry with Barcelona’s Argentinian ace, Lionel Messi.

Ronaldo was linked with a move back to United at the end of his time in Madrid, but instead ended up heading to Italy with Juventus.

But if the rumors of his impending departure from “The Old Lady” of Italian football are true, could he return “home” to the club that made him a global superstar?

United are in a rebuilding phase, with a group of talented young players, but don’t have that X-factor needed to mount a sustained challenge to the likes of Liverpool and Manchester City – United’s two biggest and most hated rivals – at present.

The return of Ronaldo would give United the shot in the arm the club so desperately needs, and could potentially open the door for more top-quality signings to follow as the famous club looks to regroup and become a dominant force in English football once again.

The moneybags French giants certainly have the money to cover Ronaldo’s humongous contract, and with their current world star, Neymar, looking for a way out of France as he attempts to engineer a move back to Barcelona, the club may well view Ronaldo as the perfect replacement.

The option may appeal to the Portuguese star, too, with the favorable climate and the slightly lower standard of football compared to La Liga, Serie A and the Premier League.

Life in Ligue 1 would be a breeze for Ronaldo, who could easily dominate the league, even in his mid-late 30s.

He’d be at the biggest club, with the best squad, so you can guarantee he’d have plenty of talented supporting actors around him. But it would be Ronaldo who would be given top billing as he takes center stage and becomes a footballing icon in one of the most famous, iconic cities in the world.

After becoming a superstar in England, Spain and Italy, why not add France to the list? 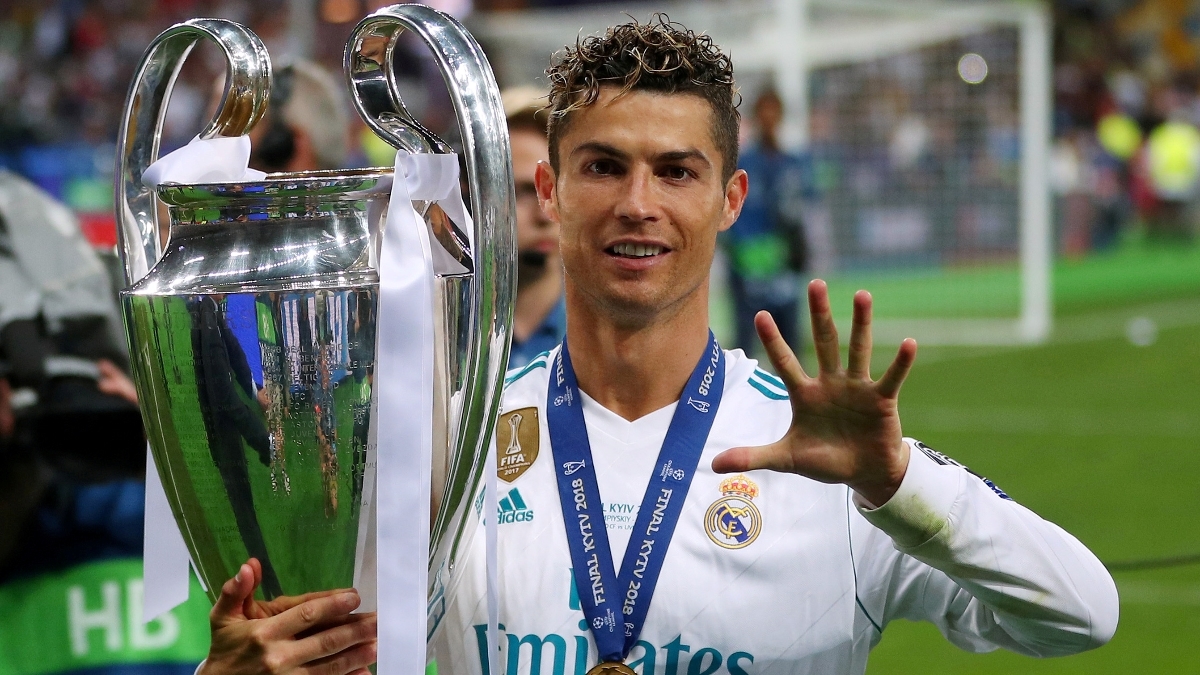 We’ve mentioned the possibility of Ronaldo returning to one former club, and you can bet that if he becomes available, Real Madrid will be in the market for his services once again.

Madrid are desperate to unseat Barcelona at the top of La Liga having won the league title just twice since 2008, and will not bat an eyelid at throwing a monstrous contract Ronaldo’s way in a bid to bring him back to the Bernabeu.

For football fans around the world, it would represent a mouth-watering prospect, with the Portuguese star reigniting his rivalry with Messi as the two best players on the planet reunite to resume battle in the same league once again.

@davidbeckham is geared up for 2020. Shop 30% OFF all #InterMiamiCF gear using the link in bio.

What? Really? Are we mad?! Bear with us here. It’s not as crazy a suggestion as it might sound at first.

The MLS is a growing league in the United States, with plenty of financial backing. And the chance for Ronaldo, who has strong ties with sportswear giants Nike, to move to the States and become not just a player, but a part-owner, in an MLS franchise, could offer him the perfect final chapter to his playing career.

Sure, it would mean his days of playing at the elite level would be restricted to his international appearances for Portugal. But the chance to help build a legacy while choosing whichever lifestyle he wants for himself and his family in the United States may be something that appeals to him.

He can call upon some fellow big names for advice on the matter, too. Zlatan Ibrahimovic moved to the Los Angeles Galaxy and became an instant hit Stateside in a hugely successful MLS stint, while David Beckham went from superstar player with the Galaxy to franchise owner with Inter Miami. Indeed, Miami could represent an ideal initial landing spot for Ronaldo to start his life in the US.

It’s an option that would see Ronaldo move away from top-level European football, so it’s possibly one that might be a consideration for the contract after his next one, but it wouldn’t be a huge surprise to eventually see him end his career in the United States, where he can build on his business interests while still being a superstar of the game in the marketing capital of the world.

Also on rt.com Messi only valued as 22ND most expensive player in world, Ronaldo way down in 70TH as football boffins reveal new transfer ratings