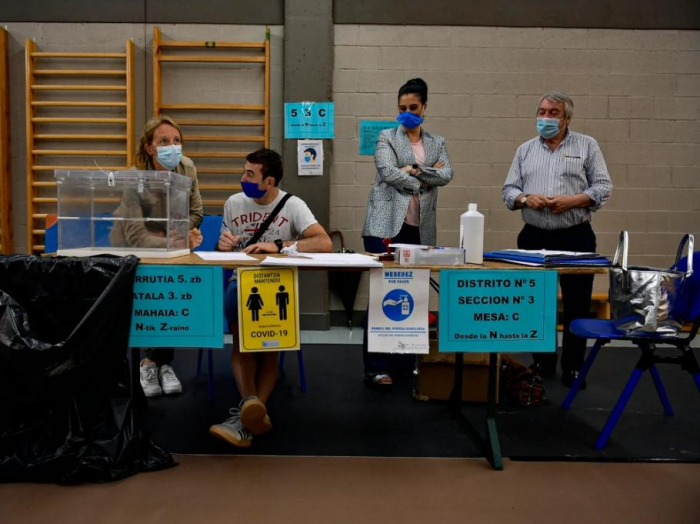 Voters in northern Spain protected themselves with face masks and hand sanitizer before voting on Sunday as Galicia and the Basque Country held regional elections despite new localised outbreaks of COVID-19.

The extra health measures meant there were long lines outside polling stations for the votes, which were postponed from April due to the pandemic and are the first since one of Europe’s strictest lockdown was relaxed.

Turnout at midday was 4.2% higher in Galicia than at the same point during the last election in 2016, while in the Basque Country it fell by 1.3%, election authorities said.

More than 460 people in both regions who recently tested positive for the new coronavirus were barred from voting for the new regional governments, as were people awaiting test results.

Health officials have confirmed at least 161 new COVID-19 cases in the Basque Country and more than 300 in Galicia in the last 24 hours. The fresh clusters have brought local lockdowns in both regions, plus in Catalonia.

The eastern region of Aragon and Andalusia, one of Spain’s top holiday destinations, were on Monday to make it compulsory to wear a face mask, authorities said, following a similar move in Catalonia, the Balearic Islands and Extremadura.

Andalusian regional leader Juan Manuel Moreno cited “fear” of tourists not wearing masks as the reason. There were 349 new cases of COVID-19 there in the last 24 hours.

Spanish airport operator Aena estimated the extra cost of health measures as 294 million euros ($332 million) by 2022, according to a memorandum reported by Europa Press.