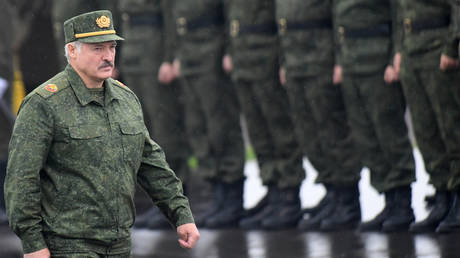 Minsk and Moscow have integrated their militaries so closely that Belarus is essentially a military district of Russia. That’s according to the Estonian Intelligence Service, which published its annual report last week.

The publication focused mainly on supposed threats posed to the rest of Europe by Russia, while also touching on China and domestic politics in the former Soviet Union.

According to Estonian intelligence, due to Minsk’s political crisis in 2020, Belarus has become a military district of Russia. This area, they say, now poses an immediate threat to neighboring NATO members.

“Belarus is a necessary buffer for Russia on its western border,” the document says. “Russia can use Belarus as a bridgehead and deploy its troops there, blocking NATO’s access to the Suwalki Corridor.”

The Suwalki Corridor is a stretch of land between Belarus and Russia’s Kaliningrad Region, on the Baltic Sea coast. Between the two countries lies Poland and Lithuania, both NATO members.

“The peacetime deployment of Russian troops to Belarus cannot be completely ruled out,” it said.

However, according to intelligence chief Mikk Marran, Tallinn is itself in little danger in the upcoming year. In a quote on the Ministry of Defense website, Marran noted that Russia poses a potential military threat to Estonia, but nothing is likely to happen.

“We do not see a direct threat to Estonia in 2021; however, we cannot completely rule out a miscalculation on the part of Russia regarding NATO’s collective defense,” he said. (RT)