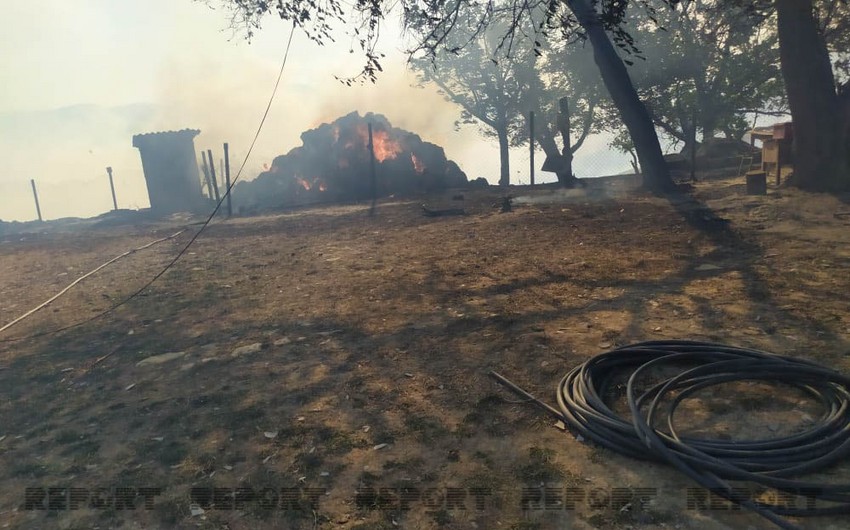 Wildfire in the Shabran region has spread to private houses.

According to the northern bureau of Report, the wildfire that broke out in the pasture area in Dag Bilici village of the Shabran region has spread to the forest area. Later, the scale of the fire expanded, and private houses of the village caught fire. According to the preliminary report, three private village houses are on fire.

The firefighters and equipment of the Shabran State Fire Protection Service of the Ministry of Emergency Situations were involved in the area to extinguish the fire.

The fact is under investigation.