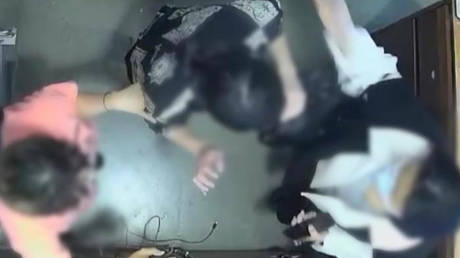 The wife of Belgium’s envoy to South Korea has claimed diplomatic privileges, making her immune to prosecution after slapping a Seoul shop worker. The widely reported incident prompted an apology from the Belgian Embassy.

Xiang Xueqiu, the spouse of Ambassador Peter Lescouhier, made headlines last month after assaulting an employee at a clothing shop. The altercation reportedly occurred after the worker followed Xiang as she left the store to ensure that she hadn’t stolen the jacket that she was wearing. After realizing that the clothing item had not been shoplifted, the employee reportedly apologized and came back inside the shop. However, the brief interrogation seems to have enraged Xiang, who stormed back into the shop and confronted two clerks, slapping one of them.

CCTV footage of the incident was published by media outlets, sparking outrage among South Koreans who saw the case as an example of the abusive treatment that many employees in the service industry face on a regular basis. (RT)