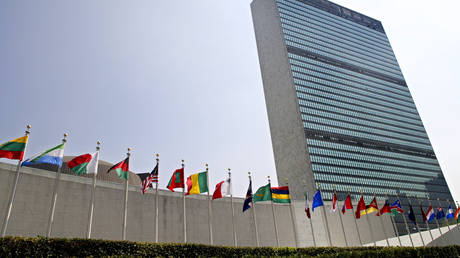 FILE - In this Sept. 13, 2005, file photo, the flags of member nations fly outside the General Assembly building at the United Nations headquarters in New York. ©  AP Photo/Adam Rountree, File

The US-led bloc no longer offers the only viable model for development, which means its ability to impose its will is fading FILE – In this Sept. 13, 2005, file photo, the flags of member nations fly outside the General Assembly building at the United Nations headquarters in New York. © AP Photo/Adam Rountree, File

The recent festival of big Western politics – which began with a meeting of the European Council, continued with the G7 Summit, and ended with a major NATO gathering – provides plenty of food for thought about the fate of the world.

On the surface, what we have seen is impressive: The West is showing unprecedented unity in the face of the Russian campaign in Ukraine.

America has gathered almost all of its allies. Right now, from Australia to Norway, from Singapore to Portugal, and from Japan to Iceland, the agenda is the same – to prevent the success of Russian President Vladimir Putin, who represents a rejection of the so-called ‘rules-based order’.

The brutality and irreversibility of what is happening in Ukraine gives the situation the character of a moral choice. Almost all statements from Western leaders refer to a confrontation between “civilization and barbarism”. Accordingly, they believe, there should be no doubt about which side to take. 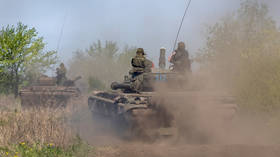 The Western community has now reached maximum capacity – its European flank (EU and NATO members plus Ukraine and Moldova), its Asian club (South Korea, Japan, and Singapore stopped wavering and took the ‘right’ side), the Oceania pairing, and of course, North America. The ‘free world’ has never been so vast.

This raises a serious question, however. Has the West reached its natural limit beyond which expansion is no longer possible? And if so, what does it mean?

In fact, the topic of the limits of Western influence stems from the notorious concept of the ‘end of history’, which is already so worn out that it is even inconvenient to bring it up. Nevertheless, it is appropriate in this context. Francis Fukuyama’s reflections (he was recently banned from entering Russia, as it happens) led him to conclude that with the collapse of the communist alternative, the only question that remained was how soon and how painlessly the Western economic and socio–political model – which had proved its virtues in the showdown with the USSR – would spread to the rest of the world. The author admitted that it would not be without snags, but in general, the direction was determined once and for all.

How things actually played out after the collapse of the USSR is well known, and despite the fact that numerous crises in the developed countries have dimmed the view of the expected path of development, the system has been preserved – and no one has yet come close to the Western world in terms of well-being and comfort. And the Western media still has a near-monopoly on determining the picture of what is happening on a global scale. This means it has a huge head start. But the limit seems to have been reached.

Perhaps the main surprise resulting from the events of recent months is that the West has failed to engage so much of the world in a united front against Russia – the exceptions being those who are already part of the West and a few who passionately want to join the club.

This is unexpected, since few people approve of Russia’s actions in Ukraine. Moscow is dealing with problems that are seemingly irrelevant to anyone but itself, and the harsh methods and humanitarian consequences of the conflict do not elicit much sympathy from outside. In other words, objectively, the West has an excellent chance to win over most of the rest of the world by taking the line that its cause here is about opposition to barbarism.

But this is not happening. Why? There are perhaps three main reasons.

Firstly, the non-Western world knows perfectly well that wars on the planet have never stopped, including in the last 30 years, and statements from the EU states about the era of ‘harmony and prosperity’ that Putin interrupted are perceived as both selfishness and hypocrisy. Telling people in the Middle East, for example, that Russia has violated every conceivable moral standard is, to put it mildly, difficult in light of what the region has experienced since the Cold War ended. 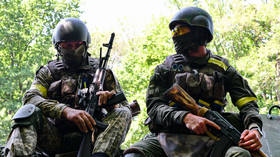 Secondly, most in the former third world see the current events as the culmination of a long-standing conflict related to the assertive policies of the US and its allies regarding the territories directly adjacent to Russia. Their attitude is something like: ‘What did you expect would happen when you provoked the tiger?’

Finally, the reaction of the majority of the planet illustrates their irritation with the West as a whole. It is perceived as a hegemon with a colonial history and which is always abusing its powers. The reason is not support for Russia’s actions, but opposition to the West’s attempts to impose its will on others, which often harms their own interests. Also, schadenfreude over America’s failed attempts to impose its will compensates for any doubts about the legitimacy of Moscow’s actions.

In other words, it’s not about sympathy for Russia, but antipathy to the West.

Western leaders are both surprised and alarmed by this situation. If the initial calls to join in the boycott of Russia amounted to orders, now the demands have been replaced by exhortations and attempts to promise something in return. The selection of the G7 Summit guests – the presidents of India, Indonesia, Senegal, Argentina, and South Africa – is indicative.

The invited parties were warmly welcomed. Everyone was in a hurry to tap Indian Prime Minister Narendra Modi on the shoulder and give him attention. But apart from general statements, nothing happened. And almost in parallel with the events in Europe, Modi participated in a virtual BRICS summit, and Argentina, it seems, together with Iran, has applied to join this emerging association. (RT)