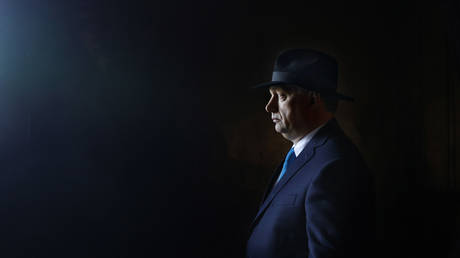 After the 1998 victory of a coalition of parties led by Fidesz, Viktor Orban formed a centre-right government in Hungary. In the same year, he visited Washington on a working visit as prime minister.

However, the further centralisation of power in Hungary, the increasing power of the prime minister in the local political system and the social orientation of politics with a strong right-wing bias deterred President Bill Clinton’s government from further contact. American democrats were much more sympathetic to the liberal administrations of Péter Mediész and then Ferenc Gyurcsány. The final rift with the Democrats was the updated Hungarian constitution adopted during Orban’s second term in 2011, as it enshrined the dominant role of Christianity in the Hungarian state and banned same-sex marriage.

Later, Orban’s ideas about building an “illiberal democracy” and then the Budapest authorities’ acquisition of opposition publications (Népszava, Figyelő) put the Hungarian leader in the crosshairs for the left-wing establishment in the US.

Despite strained relations in the political sphere, economic ties with Washington – both under the Democrats and Republicans – continued to develop rapidly (since the early 2000s the US has been the second largest investor in the Hungarian economy, behind Germany, and the foreign trade turnover between Budapest and Washington has only increased every year, to over $3.5 billion annually). The important role of Hungary as a NATO member has been consistently emphasised in all political arenas.

However, until 2019, the relationship between Orban and the US administration was traditionally mocked by the Hungarian opposition media. First, because of the long absence of an official invitation to the prime minister from the White House (since 2012, under Barack Obama’s administration, Prime Minister Orban had only attended summits concerning NATO and arms issues). And secondly, because of the lenient attitude of US officials towards contacts with the Hungarian government. Before President Donald Trump came to power, the US side systematically sent officials no higher than the undersecretary of state to meetings with Hungarian ministers. 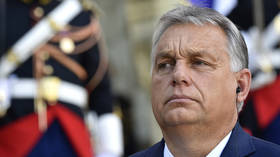 In 2019, after a series of telephone conversations with Trump, who was clearly impressed by Orban during the US presidential campaign, the Hungarian prime minister finally visited Washington again for an official visit.

Also that, during the Trump presidency, Hungarian-American military cooperation intensified. Following a meeting between Minister of Defence Tibor Benko and US Ambassador David Kornstein, an agreement was signed on defence cooperation, especially regarding the military mission in Iraq.

Budapest increased defence spending by more than 20% in 2020, to 1.21% of GDP, according to open sources. Hungary’s new National Security Strategy of 2021 envisaged achieving the mandatory NATO target of 2% by 2024. At the same time, the country continued to modernise its armed forces under the government’s Zrínyi 2026 programme.

This could not but please Trump, who had urged European countries to spend more on armaments from their budgets, rather than at the expense of the US.

The relationship between Orban and Trump has also been strengthened by the similar policy stance of the two leaders. The America First programme is very close to the spirit of the Hungarian prime minister, who, for the sake of his country’s interests, has repeatedly thwarted official Brussels’ plans.

The pair have the same negative attitude towards illegal immigration: after the Arab Spring and the refugee crisis, a fence was built on the border with Serbia under Orban, a wall on the US-Mexico border appeared under Trump. Orban declared war on George Soros’ NGOs, which opposed the Hungarian government and supported migrant flows. Meanwhile, Trump fought against fake news.

These actions have further hardened the Democrats’ criticism of Orban, broadcast through left-wing US government-funded structures such as Freedom house and Human Rights Watch, as well as the newly opened Hungarian office of US state-run propaganda outlet RFE/RL.

During the 2020 US election campaign, President Joe Biden accused the Hungarian regime of totalitarianism and called Orban a “thug.”

In an interview with Reuters after the US presidential election, Orban did not miss the opportunity to point out that he was convinced that Trump had won and that Biden’s appointment came as a complete surprise to him. As a result, Hungary was the only EU country that was not invited to the online ‘Democracy Summit’ organised by Biden in December 2021.

Under the current White House, high-level contacts between Hungary and the US have been virtually frozen and reduced to telephone conversations. The only truly meaningful meeting took place in March 2021, when Secretary of State Antony Blinken met with the foreign ministers of the Visegrad Group countries. At the meeting, he stressed the value of the North Atlantic Alliance for collective security in Europe, and stated the importance of states adapting under the NATO 2030 initiative to counter new threats and challenges, including from Russia and China. 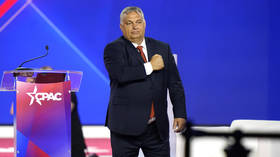 According to Hungary’s 2021 National Security Strategy, the issues of illegal immigration, the spread of viruses, a stable political and economic situation in Ukraine and the protection of the Hungarian minority in neighbouring states are vital for the country. Foreign Minister Peter Szijjarto in one of his most recent statements declared that last year Hungary detained 135,000 illegal migrants on its southern border, and this year already 65,000, as he rejected talk of a decrease in the migratory flow. And a food crisis, which may be caused by the events in Ukraine, according to the minister, will only increase it.

Read more:   Man furious after spotting his own amputated leg on cigarette packs

This rhetoric, and the fact that Orban refuses to supply arms to the Ukrainian side in the conflict with Russia and does not attack President Vladimir Putin, reinforces the Biden government’s belief that Hungary is not a credible partner on this issue and will further use its veto power on any North Atlantic Alliance initiatives on Ukraine, as it did earlier in relation to the country’s State Language Act (which affected Hungarian schoolchildren and students in Transcarpathia).

As a result of this measure, Hungary is thus rather interested in the “denazification” of the Ukrainian government.

The antipathy between the US Democrats and the Hungarian leadership has forced the latter to bet on the Republicans in the next US presidential election in 2024. Orban openly expresses full support for Donald Trump, if he runs , and the former American leader endorsed the Hungarian prime minister before the country’s parliamentary elections, earlier this year. He also gave a video address at the Conservative Political Action Conference (CPAC) held in Budapest on 19 May 2022, which was the first time it took place abroad.

The conference was supported by the TV network Fox News, and its most prominent host Tucker Carlson also gave a video welcome speech. Last year he filmed several episodes of his programme in Budapest, including about the threat of Soros’ influence. He criticised the current US presidential administration and conducted an interview with Orban, in which he admired the way he was running the country. (RT)