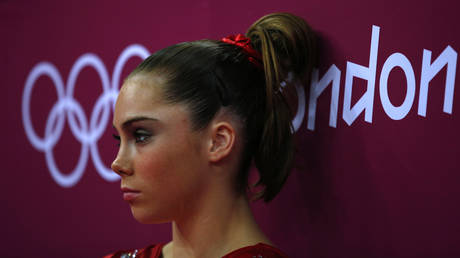 The world of US sport has been left stunned by a string of scandals after hundreds of elite athletes came forward to reveal they were sexually abused by coaches, senior team members or doctors when they were children.

A recent child abuse row in US hockey has become the latest ugly twist in a lengthy saga which has undermined the credibility of youth sport in the country.

USA Hockey President Jim Smith has reportedly been under investigation amid claims that he mishandled sexual abuse allegations in the Amateur Hockey Association of Illinois (AHAI).

Longtime AHAI coach Tom Adrahtas has been accused of abusing several junior players in the 1980s, when Smith was serving as AHAI president.

Smith denied all accusations, insisting that “there were no reports alleging misconduct by Tom Adrahtas.”

What is going on with US sport, which has been riddled with sex scandals?

The world sports powerhouse has been shaken by new details and accusations surfacing on a regular basis, with former athletes revealing darker sides to their seemingly successful sporting careers.

The snowball started with the USA women’s artistic gymnastics squad, after Olympic and world champions, inspired by the #MeToo campaign, came forward one-by-one to speak about sexual abuse they suffered at the hands of the team’s doctor Larry Nassar.

Olympic gold medalist McKayla Maroney said she was systematically molested by Nassar while performing for the national team, emphasizing that US sports officials were aware of his sex crimes and paid her “hush money” to cover up the scandal.

After Maroney spoke out, the majority of the US women’s team, including world leader Simone Biles, came forward to reveal they were also victims of the disgraced doctor.

Also on rt.com ‘I’m on anxiety medicine’: Simone Biles gets treatment after speaking out on sexual assault

The scandal dropped a bombshell on US sport, with Nassar being sentenced to 175 years in prison.

The next sport affected by sex scandals was figure skating, after US Senator Richard Blumenthal called on his colleagues to make immediate changes in the sport, which he said has suffered from a long-lasting “culture of sexual abuse.”

The row escalated after several skaters accused John Coughlin, an American pair skater champion, of sexual abuse. A day after his interim suspension and one week before the US Championships, Coughlin died by suicide at the age of 33. (RT)