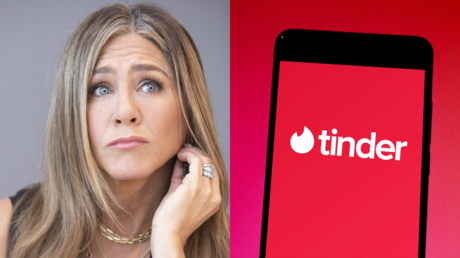 Social media has panned the Olympic Games Paris 2024 logo, unveiled at a ceremony in the French capital, as resembling everything from the dating app Tinder to the famous ‘Rachel from Friends’ haircut.

The new joint logo for both the Olympic and Paralympic Games, a first in the Games’ history, was presented at a Paris Organising Committee meeting on Monday. The concept of the image is reportedly to combine the Olympic gold medal, the Olympic flame and the Marianne, a famous symbol of Republican France.

However, such intricacies are rarely able to cut ice with Twitterati scepticism, who gleefully took the emblem to task, with most likening the logo to the famous Tinder dating application.

One commentator said they would “swipe left” on the logo, the action made on the app when a corresponding member isn’t to one’s liking.

One is Paris 2024 and the other is Tinder Gold #Paris2024pic.twitter.com/A3DDOF5oIP

Some lampooned the apparent cartoon haircut to the ‘bangs’ style made famous by Jennifer Aniston’s iconic Rachel character in the hugely popular 1990s and 2000s sitcom Friends.

Others thought the do was either styled on Real Madrid and Croatia midfielder Luka Modric, or more representative of a disgruntled store customer wishing to speak to the manager.

Good to see ‘The Rachel’ will be making a comeback for #Paris2024#Olympics#Paris#Friends#Friends25Years#Sportpic.twitter.com/tQs5Z4uLwH