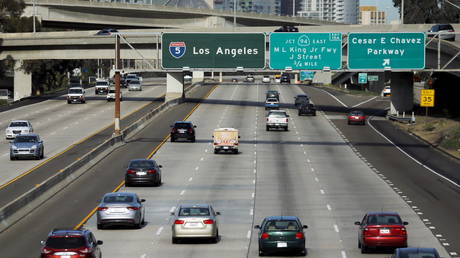 As the COVID-19 pandemic continues to keep Americans indoors, demand for energy has fallen to its lowest level since the 1990s.

All the way back in April (which may as well be years ago at the rate that the news cycle is moving these days) Oilprice reported that in the throes of the novel coronavirus pandemic, which had relatively recently washed over the United States, had caused the nation’s energy consumption to fall to a stunning 16-year low. According to NPR’s Planet Money podcast, which reported on this statistic at the time, this was a figure that was a particularly good indicator of just how badly the domestic economy was doing. “”How much electricity the country uses tends to match how much the economy is growing or shrinking really closely,” said Cardiff Garcia, one of the show’s hosts, on the April 13 Indicator podcast. “It can tell us how much worse the economy is getting in real-time, and it should also tell us when the economy has started to recover.”

But now, as it turns out, a 16-year low was nothing. No big whoop. Chump change. This week, Fox Business, in a collaborative report with the Associated Press reported that the United States’ nationwide energy consumption actually dipped to an incredible more-than 30-year low earlier this year. “The drop was driven by less demand for coal that is burned for electricity and oil that’s refined into gasoline and jet fuel, the US Energy Information Administration said,” as paraphrased by Fox Business. “That’s the lowest monthly level since 1989 and the largest decrease ever recorded in data that’s been collected since 1973.”

Also on rt.com This oil crisis will COMPLETELY transform the industry

Prior to the economic devastation and drop in energy demand wrought by the COVID-19 pandemic, the largest drop in United States history was recorded in December 2001, “after the Sept. 11 attacks shocked the economy and a mild winter depressed electricity demand.”

The quantity of electricity consumed what’s not the only energy metric that saw drastic change this spring; the way that people used energy also saw a huge transformation. “In South Korea, Italy, and Seattle telework and residential internet usage have soared 40 percent in just weeks,” tallied a Forbes report released toward the beginning of the pandemic in February. “In France 80 percent of internet traffic is now Facebook, YouTube, and Netflix, and providers are pledging to ensure ‘digital discipline.’”

While telecommuting is not a new invention, and a full 24 percent of the US workforce worked from home in the last year, “coronavirus isolation has already boosted that, and could be a watershed event for digital connecting,” Forbes wrote. As Oilprice reported at the time, “these new legions of telecommuters, their tablet-happy toddlers, and kids adjusting to attending school online are eating up huge amounts of bandwidth. This translates to a lot of families around the world ponying up a lot of money for their internet package and electricity bills as we head into what is certain to be a particularly brutal recession.” (RT)