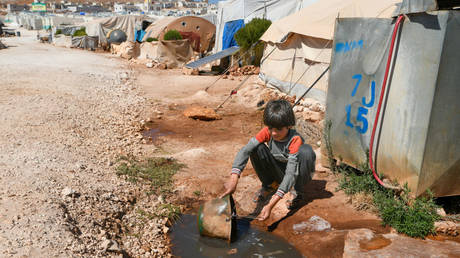 Fatalities are on the rise so the world needs to “act now” to contain the disease, the watchdog said Northeastern Syria, September, 2022. © Getty Images / NurPhoto / Contributor

Cholera outbreaks have been reported in 26 countries this year alone, and the average fatality rate has risen significantly, the World Health Organization (WHO) said on Friday.

“After years of declining numbers, we are seeing a very worrying upsurge of cholera outbreaks around the globe over the past year,” Philippe Barboza, WHO’s team lead for cholera and epidemic diarrheal diseases, said at a press briefing in Geneva.

Emphasizing that “the outbreaks themselves are larger and more deadly,” Barboza revealed that the average fatality rate this year was already three times higher compared to five previous years.

He expressed concern about outbreaks in Syria, the Horn of Africa and in parts of Asia, in particular Pakistan, which has been battling devastating floods.

Barboza explained that “extreme climate events,” such as floods, cyclones or droughts, have become an important cause of cholera outbreaks, along with poverty and conflict. By further reducing access to clean water, natural disasters create “an ideal environment for cholera to thrive,” the official said. 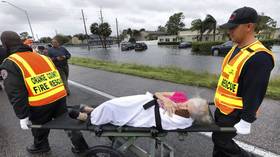 He also called on countries to “act now” to avoid further aggravating the situation. As cholera vaccines are not easily available, Barboza said, it is important “to find ways to engage more manufacturers.” Widening access to antibiotics and to clean water, as well as improved surveillance are also paramount in preventing and tackling the outbreaks, Barboza said, noting that cholera is a “preventable and treatable” disease.

His remarks came the day after the Syrian Health Ministry reported that the number of cholera cases in the war-torn country had reached 426 and that many of the 33 confirmed deaths were caused by the delays in seeking medical help, the ministry explained. (RT)