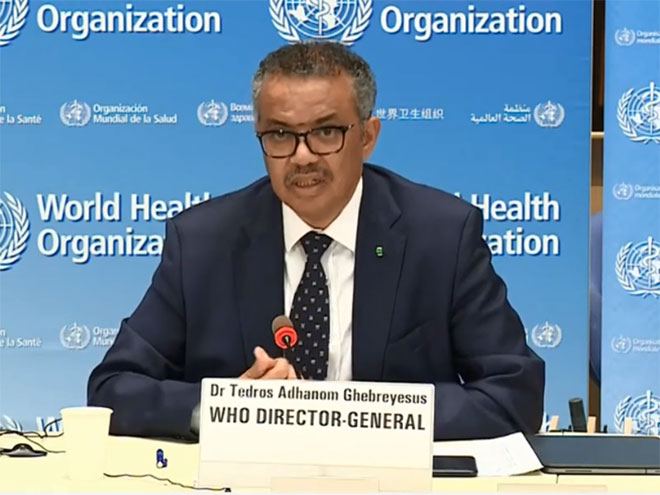 Director-General of the World Health Organization (WHO) Tedros Adhanom Ghebreyesus thanked Azerbaijani President Ilham Aliyev for support in the fight against coronavirus on April 28.

“If we take Azerbaijan, I remember the recent regional gathering that the country hosted, and I had the opportunity to participate, when the countries in the region decided to work together to fight this virus,” Ghebreyesus said during the briefing.

Ghebreyesus also pointed out that he sees strong commitments from Azerbaijan’s president, considering the country’s response to the pandemic outbreak at the national level.

“The president is also working with neighboring countries to have the united regional response and then contributing to the global response even financially and through other means,” said Ghebreyesus.

Read more:   UNESCO: Azerbaijan can be a model for other countries in the field of women's rights

“So, I would like to use this opportunity to express my respect and appreciation to the Azerbaijani president, considering all the three levels that he is trying to be involved in and to support,” Ghebreyesus said.