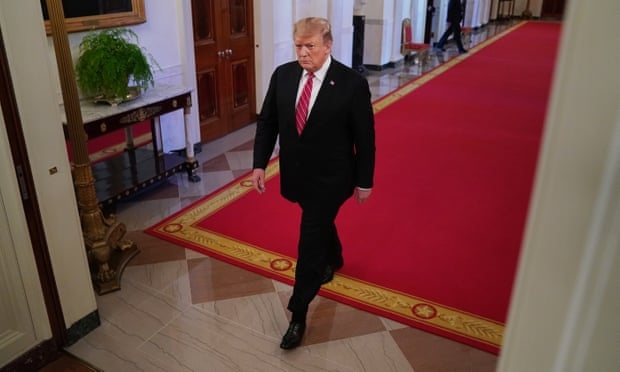 “According to Ms Newbold, these individuals had a wide range of serious disqualifying issues involving foreign influence, conflicts of interest, concerning personal conduct, financial problems, drug use, and criminal conduct,” the panel wrote in the memo.

The documents don’t identify the officials on the list but say they include “two current senior White House officials, as well as contractors and individuals” in different parts of the executive office of the president.

“I feel that right now this is my last hope to really bring the integrity back into our office,” Newbold said, according to the memo.

“I want it known that this is a systematic – it’s an office issue, and we’re not a political office, but these decisions were being continuously overrode [sic].”

Newbold told lawmakers she maintained a list of White House officials whose clearance applications were initially denied, only for the decision to later be overturned. There were as many as 25 people on the list.

Newbold said she raised concerns with her superiors and the White House counsel’s office. According to Newbold, her supervisor Carl Kline, the director of personnel security, played a key role in reversing the security clearance denials of White House officials. Democrats on the committee have said they plan to interview Kline.

Last month, it was reported that Trump personally intervened to grant Jared Kushner, his son-in-law and senior adviser, a top-level security clearance against the warnings of senior intelligence officials. Democrats in Congress have demanded more information on the security clearance process and delivered an ultimatum to the White House to comply or face a subpoena.