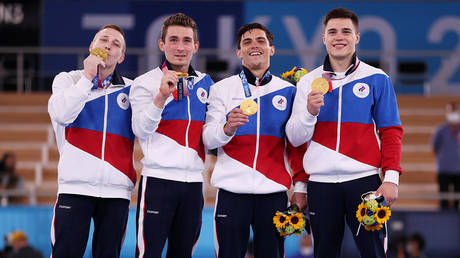 If Olympic medals were given out for histrionic temper tantrums at losing, the USA’s athletes and media would be runaway winners. Maybe then they would stop blaming Russia for their defeats.

The latest US athlete to cut the effortlessly grating figure of the wronged runner-up was swimmer Ryan Murphy, who, endlessly irked at losing twice in a week to Russian counterpart Evgeny Rylov at Tokyo 2020, launched a mini-monologue of microaggressions drenched in melodrama during his post-swim presser.

“It is what it is. I try not to get caught up in that. It is a huge mental drain on me to go throughout the year, that I am swimming in a race that’s probably not clean and that is what it is,” defending champion Murphy declared after finishing second in the 200m backstroke final.

Also on rt.com ‘You need to learn how to lose’: ROC throw scathing shade at ‘sore losers’ & ‘Western propaganda’ at Tokyo 2020

Unsurprisingly, Murphy’s mumblings featured empty platitudes aplenty and read like a bingo card of cliched phrases used by any US athlete bleating about unfair treatment and mental health when forced to face their own failings.

Imply all Russian athletes are unclean. Check! State you don’t want to get involved in controversy but in the next breath make a controversial statement? Check! Complain about the toll it takes on your mental health? Full house!

Sure, if you can’t attain attention by finishing atop the podium, achieve it by attempting to knock the winner off their perch with a bolo punch of passive-aggression in one fell swoop of disparagement, discrediting and degrading comments, especially if they are a country whose name no one is legally allowed to utter, to make sure everyone talks about only you. 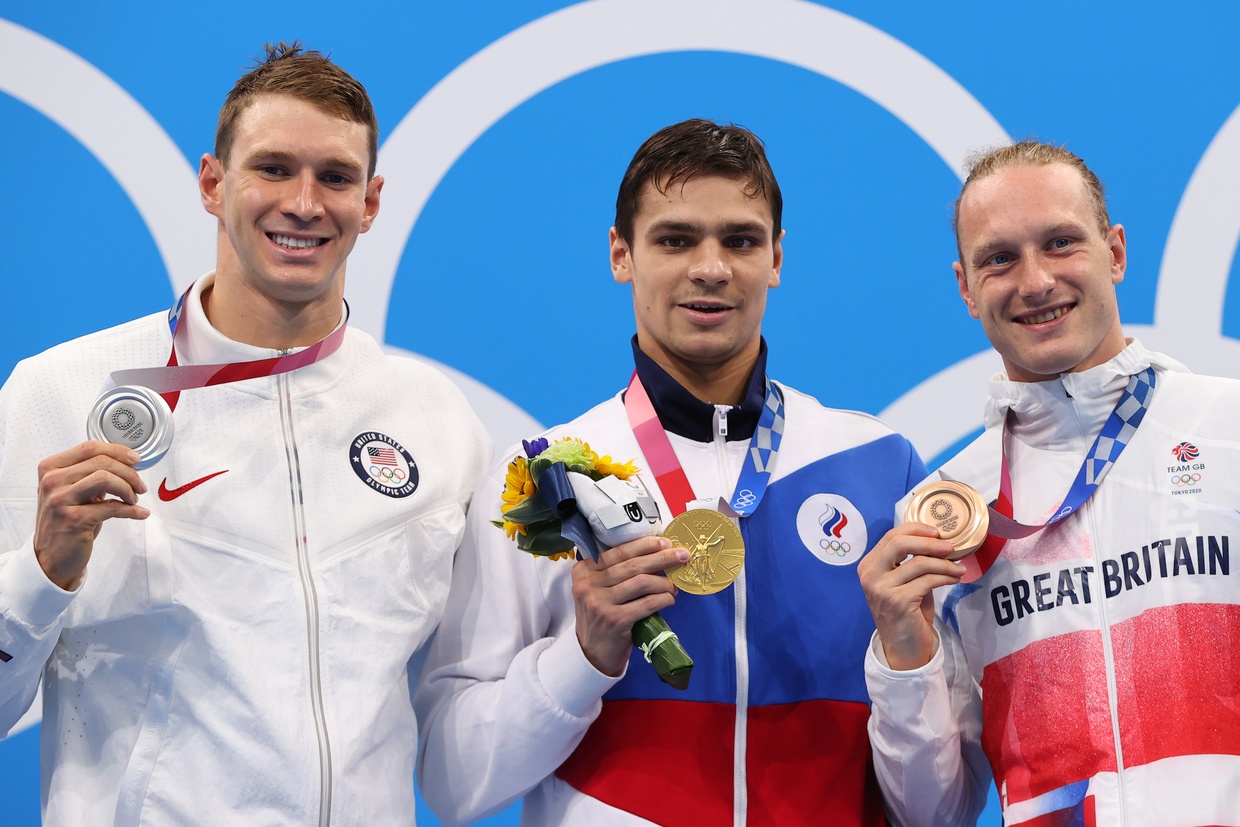 Millionaire Murphy’s nauseating melodrama and frankly nonsensical sense of martyrdom at winning silver in Tokyo seems to be motivated by a narcissism that runs deep through not only the US national team but the country’s media too.

Russian Olympic Committee (ROC) quartet David Belyavskiy, Denis Abliazin, Artur Dalaloyan and Nikita Nagornyy finished a fraction ahead of Japan, having overcome broken legs and ruptured Achilles tendons within the squad in the last 18 months. A classic triumph over adversity.

Tears of joy from the ROC team as they stood upon the podium wasn’t the only saltiness evident that day, as a sea of surly dissatisfaction soon began to flow from serial wet blanket Wetzel. 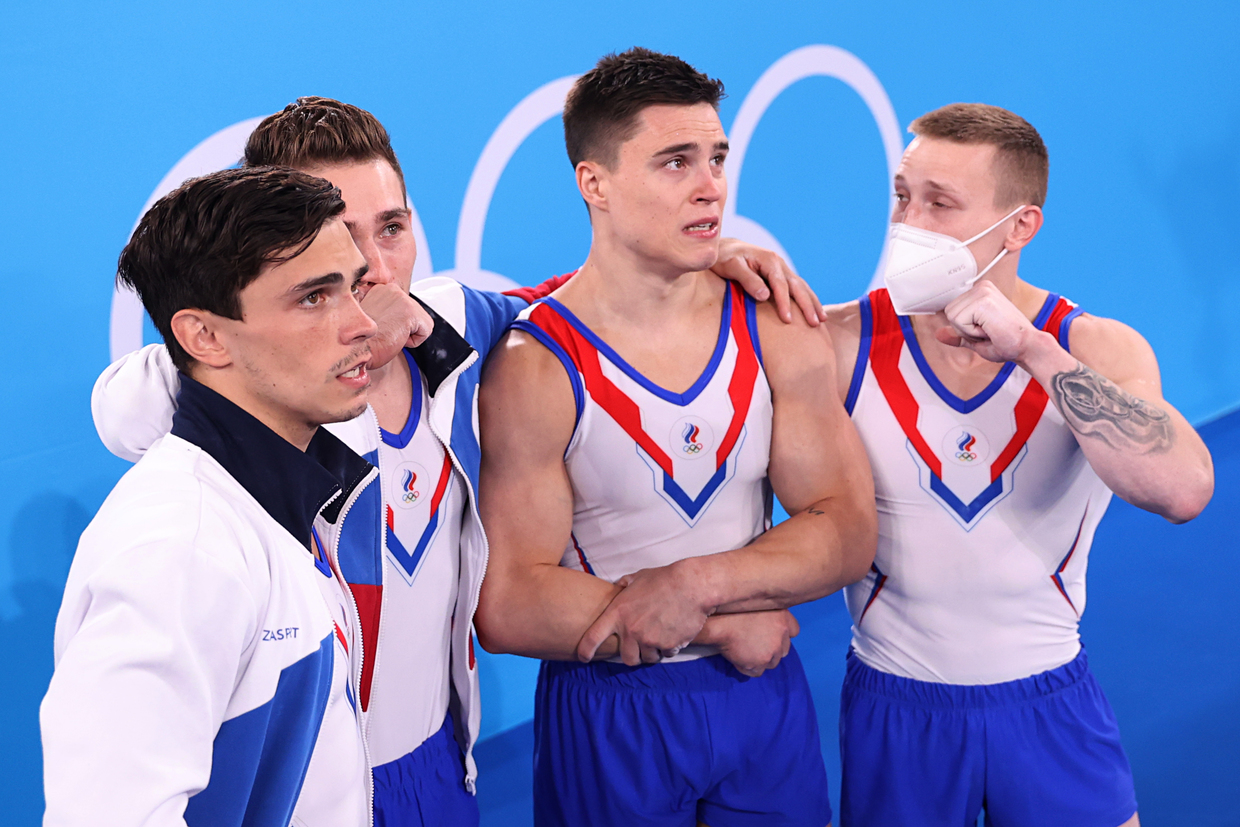 Seemingly not content with Russia’s banishment from Tokyo 2020, the proscription of the country’s national flag, and the outlawing of everything from the gentlest whisper of the word ‘Russia’ to the belting out of its national anthem, dour Dan took issue that the ROC’s athlete’s didn’t show enough shame for being Russian.

“The IOC’s entire plan [to ban Russia from Tokyo 2020] completely backfired,” Wetzel whined. “It certainly didn’t shame Russia, where Putin has used the ban to pump up nationalistic pride.”

As whingeing Wetzel puts it, being “a bunch of Russians, dressed like Russian flags, climbing a podium to listen to a famed Russian composer and accept medals they will bring back to Russia.”

Cry me a river, Dan.

Of course, all of this was a simple collection of observations, and couldn’t possibly have anything to do with Team USA finishing in a lowly fifth place from eight teams in the final at the Ariake Gymnastics Centre… Not even the most cynical of conspiracy theorists would never make such a ludicrous leap.

Another poor soldier of America’s aggrieved army of athletes was US rower Megan Kalmoe, who couldn’t hide her discontent at Russian pair Vasilisa Stepanova and Elena Oriabinskaia winning silver in the women’s rowing, taking to Twitter to voice her discontent.

“Seeing a crew who shouldn’t even be here walk away with a silver is a nasty feeling,” Kalmoe cried. “Really disappointing overall and I feel for the other athletes.”

That, of course, would have nothing to with herself and USA teammate Tracy Eisser contesting a semifinal against Russian pair on Wednesday, in which they finished fifth while the ROC athletes placed second.

Then again, are we surprised at the cops and robbers pantomime from a country whose media machine lauded Simone Biles’ quitting and abandoning her teammates for simply having an off day as some sort of heroism?

We’ve only just recovered from Biles’ dying swan performance at the all-around team final on Tuesday, which would have been more worthy of a Golden Globe rather than Olympic gold.

That particular honour went to, you guessed it, ROC athletes, who had their own historic victory – achieving their first Olympic title since 1992 – overshadowed by more excruciatingly ostentatious sentimentality by an American athlete, this time in the form of Biles’ preaching to quit when the going gets tough, even when it means shattering the dreams of your teammates because you’re having a bad day. 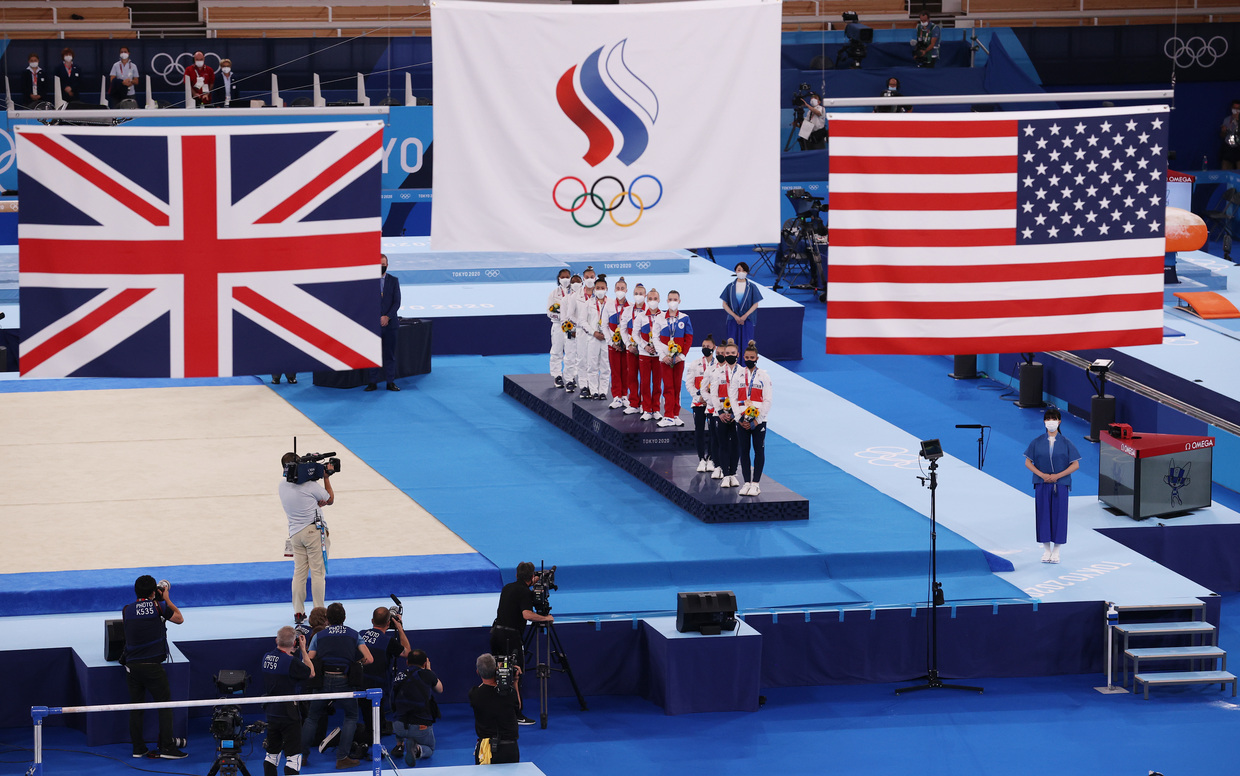 This is, after all, the same Simone Biles most who was deified by the same US media for showing the mental toughness to cockily embroider the image of a goat to her leotard to let everyone know she has no qualms with media attention and pressure, as long as it’s in the shape of American journalists falling over themselves to call her the ‘greatest of all time’.

It seems that when the going gets tough, the toughest talkers can’t walk the walk, and instead whine and waffle on about imagined miscarriages of justice and blaming clean athletes for their losses because of different dirty athletes from a country whose name is forbidden to utter, rather than simply accepting defeat and blaming themselves for their failings.

While the winners, well, they do the talking in the arena and the let the medals speak for themselves. US athletes and the US media should try it sometime.