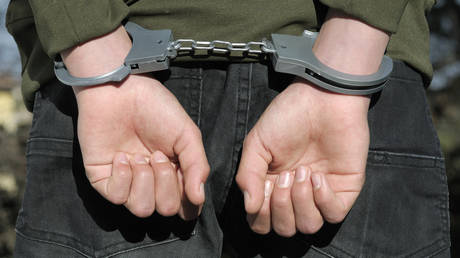 A disturbing trend is on the rise in the US, where violent crimes are being perpetrated by some of the youngest members of society. But given the political divisiveness that has fractured the nation, pinning down blame for this phenomenon is no easy task.

Philadelphia is popularly known as the ‘City of Brotherly Love’ but murder statistics tell a different tale. In the school year of 2020-2021, 753 public school students in this Pennsylvania city of 1.5 million people were shot by their fellow classmates. Police statistics show that through mid-November, 31 fatal shooting victims were under the age of 18 – more than in all of 2020 and triple that number from 2015. At the same time, 30 people under the age of 18 have been arrested for homicides in 2021 – six times the figure of 2019.

Heartbreaking as it is to see children become the victims of violent crime, equally unsettling is the sheer barbarity of the offenses they themselves are accused of committing.

In June, a group of Philadelphia youths were caught on camera beating a 73-year-old man, James Lambert Jr., with a traffic cone. Lambert died from his injuries in hospital. According to police, two 14-year-olds have been charged with third-degree murder and conspiracy. Apparently a 10-year old boy, out long after his bedtime, filmed the horrific murder with his phone.

Carjacking has also become a recreational activity for America’s inner-city youth. Robert J. Contee III, chief of Washington DC’s Metropolitan Police Department, told a press conference in February that many of the individuals carrying out these crimes “are children.”

“The fact that between Prince George’s County [Maryland] and DC we have over 200 young people that committed a carjacking is staggering to me,” he said. 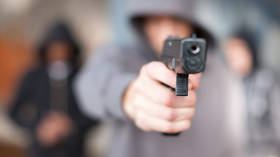 What do the 12 US cities with record murder rates all have in common?

While America’s metropolitan areas have long been powerful magnets for the criminal-minded, the expectation was that children were somehow protected from joining their ranks. A line in the sand, after all, must be drawn somewhere. But today that line no longer exists as the youngest members of society find themselves in the same big leagues as hardened criminals. So, what went wrong?

One possible way to explain America’s rampant youth crime is by examining the typical family structure in the US. Can it be chalked up to mere coincidence that the country that locks up more of its citizens than any other on the planet also has the highest rates of single-parent families? It’s a correlation worth investigating.

Back in 1996, Americans were already searching for clues as to why their society appeared to be heading for the abyss. The sociologist David Popenoe, reflecting upon the conditions affecting children – eating disorders, depression, teen suicide, alcohol and drug abuse, to name just a few – revealed what he believed to be the primary catalyst behind them.

According to Popenoe, “the absence of fathers from the lives of children is one of the most important causes” for these trends that are eating away at the country like a malignant cancer.

Popenoe went on to provide an astonishing 1990s statistic that remains largely unchanged today: “Sixty percent of America’s rapists, 72 percent of its adolescent murderers, and 70 percent of its long-term prison inmates come from fatherless homes.” This statistic has, apparently, not much improved since 1996. Such numbers suggest that something more than just coincidence is at play. 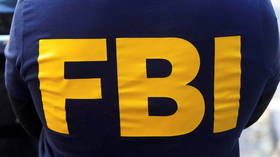 For millennia, fathers have been recognized as the authority figure in the household, while studies show that men discipline their children more strictly than women do. At the same time, fathers serve as crucial role models for their sons. Now, as the traditional nuclear family is disintegrating due to high divorce rates, many children must find their role models elsewhere, which is usually on the street among their equally confused peers. When poverty is mixed into the equation, children from such broken families will be more tempted to carry out the crimes they see happening around them every day, especially if they see no consequences for their actions. That’s increasingly the reality because the police and the courts lack the means to adequately punish these juveniles.

Although youth crime was on the rise long before George Floyd was killed at the hands of police in 2020, attitudes towards this social phenomenon noticeably changed amid the civil disorder. Many US cities, in an effort to appease the outraged Black Lives Matter protesters, began slashing not only police department budgets, but also their police officers, and at the moment they were needed the most.

At the height of the protests, the city of Seattle went as far as allowing Antifa and BLM protesters to create their own police-free zone, known first as the Capitol Hill Organized Protest (CHOP) and later as the Capitol Hill Autonomous Zone (CHAZ). And for a few carefree hours, the boisterous youth took to the streets in raucous celebration and dance. But the party didn’t last long. In fact, the protesters themselves called off the experiment in anarchy as people began to get shot after the sun went down – the youngest victims of shootings connected to CHAZ was just 14 years old. And although a critical lesson had been learned, the notion that major cities can function without police as the ‘defenders of the peace’ had taken root in cities across the nation. As a result, American youth have effectively lost two critical authority figures in their lives –fathers and the police. 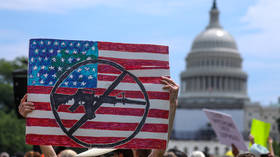 Read more:   US to prioritize military during last days of Afghanistan evacuation

There’s another critical point to be made here. Not only did the corporate media serve as apologist for the “mostly peaceful protests,” Hollywood celebrities eagerly paid the prison bail for the young offenders, many of whom were charged with attacking federal buildings as well as the police. At the same time, corporate America opened up its wallet and pledged billions of dollars to BLM and other such organizations, while Democratic leaders took a knee to the movement at the very same time cities across the US were in flames. If the message wasn’t clear by now that crime pays, it certainly was when a BLM activist told a young crowd in Chicago that looting a store is okay because “that is reparations. Anything they want to take, take it because these businesses have insurance.” All of this sent an unmistakable message to the youth of America that there will be no consequences for their criminal behavior aside from mostly positive ones.

So what hope is there for the children whose primary source of guidance has been severed at the youngest age? Unfortunately, the question is far too complicated to provide a clear answer here. But without the presence of fathers and other authority figures in their lives, America’s children will be forced to find their way through life blindly. And since the future of every country rests with the youth, that does not bode well for the United States.