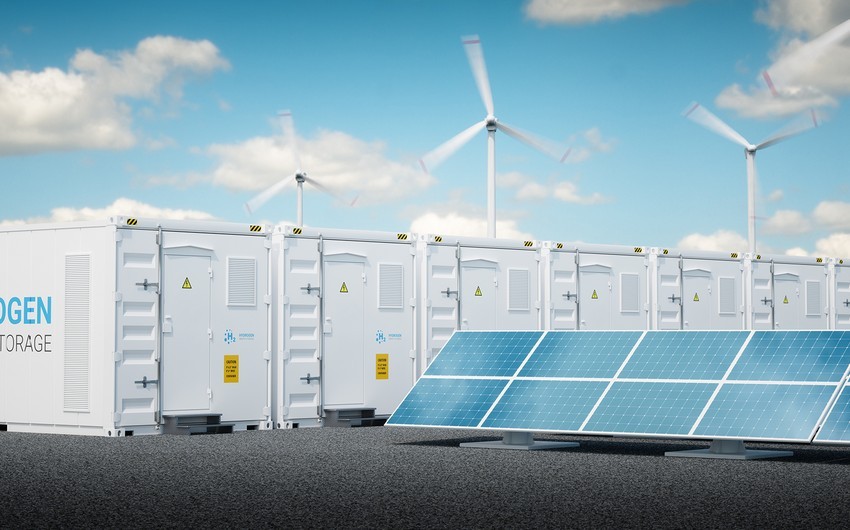 Transformation of the energy policy of the great leader Heydar Aliyev, laid down in the oil contracts of 1994, into the Green Energy strategy announced by President Ilham Aliyev will bring great dividends to the country in the future, chief power engineer of Azalternativenerji LLC Tahir Jafarov told Report.

The construction of solar and wind power plants with a capacity of 240 MW in the Absheron region will not only increase the export potential of electricity through clean energy, but also save part of 5.6 billion cubic meters of gas used in power plants and send it for export. Thus, Azerbaijan’s growing energy needs will be met by Green Energy. The resulting excess electricity will be transmitted through the Zangezur corridor through Nakhchivan to fraternal Turkey. By reducing the use of hydrocarbon fuels at power plants, millions of tons of carbon dioxide emissions will be prevented, which will stimulate the process of improving the environment in the country. It will also be useful in terms of emission allowances in accordance with international conventions.”

Spokesman for the Ministry of Energy, Jahid Mikayilov, noted that the project, which has been launched recently, will be important in many respects:

“On January 13, the foundation of a wind farm was laid in the Khizi district. The Khizi-Absheron wind farm, which will be built by ACWA Power from Saudi Arabia, is the first industrial renewable energy project implemented in our country with the attraction of foreign investment. It will become the largest wind farm in Azerbaijan. For comparison, the country’s largest power plant, the 50-megawatt Yeni Yashma wind farm in the Khizi district, currently has 20 wind turbines, each with a capacity of 2.5 MW. This is while as part of this project, 37 wind turbines will be installed, each with a capacity of 6.5 MW.

The investment cost of the project is estimated at $300 million. Of course, attracting such a large amount of private investment to Azerbaijan is a logical consequence of the reforms being carried out in the country. Economic stability and a favorable investment climate in our country today form the confidence of investors. As a result, private investments are made in various sectors of the Azerbaijani economy, including renewable energy.

It is planned that the power plant will produce 1 billion kilowatt-hours of electricity per year, that is, about 300,000 homes will be provided with electricity. The project has advantages in various areas, one of which is its contribution to energy security. Diversification of energy sources is a key factor in energy security. Now in our country there are traditional power plants operating on natural gas, as well as hydroelectric power plants and solar power plants. The start of construction of a wind farm with a capacity of 240 MW can be called a contribution to diversification.”

Mikayilov added that the launch of the project will prevent the release of more than 400,000 tons of carbon dioxide into the atmosphere per year: “Of course, this indicates a positive impact on the environment. The project will save 200 million cubic meters of gas per year. This project will help to get closer to global climate goals. As is known, the task was set to reduce carbon dioxide emissions in our country by 40% by 2050. In this regard, the implementation of the project will be a very useful step towards achieving this goal. At the same time, the president of Azerbaijan has set a goal to increase the share of renewable energy sources in the country’s energy system to 30% by 2030. To achieve this goal, it is necessary to commission new energy capacities in the amount of 1,500 MW. The launch of the 240 MW Khizi-Absheron wind farm in 2023 will mark the completion of the first part of this task.