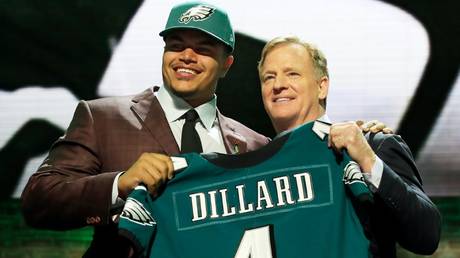 The NFL Draft is always a sea of activity at each of the 32 NFL franchises, but the unprecedented, ‘fully virtual’ setup of the 2020 event looks set to present challenges teams have never faced before.

For starters, the restrictions of movement since the outbreak of COVID-19 in the United States has meant athletes’ pro days and team visits have had to be canceled, with in-person meetings replaced by the useful, but not quite as personal, videoconference calls. 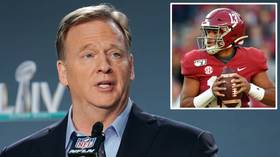 And one of the most crucial aspects of any team’s preparation for the Draft, medical assessments of key players, has gone out of the window, with team medics unable to meet with players to put them through their paces and compile a suitable medical assessment for players they are considering drafting.

That fact could have a major impact on the draft position of Alabama quarterback Tua Tagovailoa, who looked like the slam-dunk No. 1 pick nine months ago, before he suffered a dislocated hip. Since then, Tagovailoa has worked tirelessly to recover and get back to fitness, and his doctors have given him a clean bill of health heading into the Draft. But, of course, that’s in the players’ best interest, and teams will have wanted to conduct their own medicals, using their own, trusted, physicians. But with Tagovailoa and the rest of the NFL Draft class of 2020, that option is not available.

Read more:   Construction of tire factory in Sumgayit to start next year

It means teams will have take calculated gambles on players like Tagovailoa when deciding if, and when, to draft them on Draft Day. 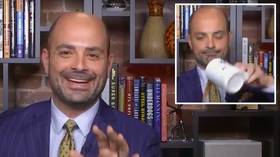 But, while most fans will be considering all the football challenges that surround this new COVID-19 lockdown NFL Draft, there’s another new, significant issue that every team has to face – information technology.

The NFL’s rules have stated that team personnel aren’t permitted to gather together in externally-sourced “war rooms” to conduct their draft as they would at their own facility. The Indianapolis Colts shot a superb behind-the-scenes documentary showing exactly what happens at a franchise during the NFL Draft. But this year the Colts, and the other 31 NFL franchises, will have to do things VERY differently.

Instead, proceedings will be conducted with team staff connecting with each other via their homes, with video conferencing, WhatsApp and phone calls helping keep the network of general managers, owners, coaches, scouts, medical experts and analysts connected when the GMs make their picks.

It means that the ability to maintain contact with the full team is vital in the success of any NFL franchise in the draft. And with some members of staff likely to not be as fully versed in using technology in this way – and even less versed in troubleshooting technical issues – the potential for communications breakdowns or staff blackouts due to lost connections, crashed computers or other IT-related issues seems pretty high.

A concern has emerged in recent days: There are certain coaches and front-office staffers reluctant to have their IT employees in their homes for fear of the virus spreading, and vice versa; some IT employees are concerned about going into other homes to equip them for the draft.

One solution would be for one IT staffer to be on site at each of the critical decision-makers’ homes to ensure any issues are fixed as quickly as possible, but ESPN’s Adam Schefter revealed that some NFL franchise staffers, understandably in the current climate, aren’t comfortable with allowing people into their homes from outside due to the increased risk of infection. (RT)