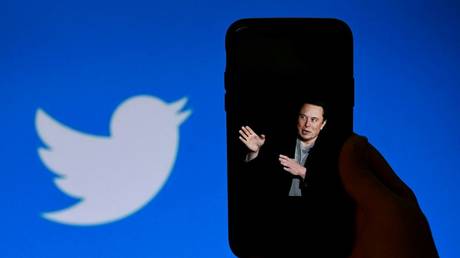 Some of Twitter’s highest-ranking staff blocked the spread of the Hunter Biden laptop story in 2020, even as they struggled to explain why, documents released on Friday by new CEO Elon Musk and journalist Matt Taibbi reveal. RT examines what’s in these files, as well how the scanned unfolded.

What happened to Hunter Biden’s laptop?

On October 14, 2020, the New York Post published the first in a series of articles based on information obtained from Hunter Biden’s laptop. These articles implicated Joe Biden in numerous pay-to-play schemes involving his son’s foreign business contacts – and coming weeks before the presidential election, threatened to sink Biden’s campaign against then-President Donald Trump. 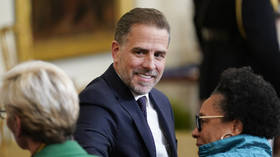 Twitter immediately manipulated its algorithm to suppress the story, before banning links to it entirely, citing its “hacked materials” policy. Users were even forbidden from sharing the article via direct message, a move that Taibbi noted is usually reserved for “extreme cases” like child pornography. The New York Post had its account suspended for two weeks, and Trump’s account was temporarily locked for sharing a video that referenced the story.

The Biden campaign claimed that the laptop’s contents were fabricated by Russia, while most mainstream media outlets refused to cover the story. The contents of the laptop were subsequently declared authentic by the New York Times, Washington Post, and Daily Mail, long after Biden defeated Trump.

How was the story suppressed?

The decision to bury the story was spearheaded by Twitter’s former head of Legal, Policy and Trust, Vijaya Gadde, Taibbi reported.

Some staff were uncomfortable labeling the story as ‘hacked’, with communications official Trenton Kennedy writing “I’m struggling to understand the policy basis for marking this as unsafe,” and former Vice President of Global Communications Brandon Borrman wondering: “can we truthfully claim that this is part of the policy?”

https://t.co/j4EeXEAw6F can see the confusion in the following lengthy exchange, which ends up including Gadde and former Trust and safety chief Yoel Roth. Comms official Trenton Kennedy writes, “I’m struggling to understand the policy basis for marking this as unsafe”: pic.twitter.com/w1wBMlG33U

“Hacking was the excuse, but within a few hours, pretty much everyone realized that wasn’t going to hold,” one former employee told Taibbi. “But no one had the guts to reverse it.”

Read more:   US hurts its own tech sector by putting brakes on Huawei trade licenses – report

Former trust and safety chief Yoel Roth explained that “given the SEVERE risks here and lessons of 2016, we’re erring on the side of including a warning and preventing this content from being amplified,” apparently referring to unproven claims of outside meddling in the 2016 election.

According to Taibbi, the decision to censor the story was made without the knowledge of then-CEO Jack Dorsey, who would later tell Republican lawmakers that he thought it was “wrong” to block links to the Post’s story.

Taibbi wrote that “there are multiple instances in the files” of Dorsey questioning the suspension of accounts from across the political spectrum.

Was the Biden campaign involved?

Despite “general” warnings from law enforcement about “possible foreign hacks” during the summer of 2020, Taibbi stated that the files show no evidence of any government involvement in the censorship of the laptop story.

It is unclear whether the Biden campaign highlighted the story for suppression, but the campaign did maintain contact with Twitter’s content moderators, who often deleted tweets at its request, internal communications posted by Taibbi show. “By 2020, requests from connected actors to delete tweets were routine,” he explained. “One executive would write to another: ‘More to review from the Biden team.’ The reply would come back: ‘Handled.’”

Why is this coming to light now?

Since purchasing Twitter for $44 billion in October, Musk has fired more than half of the platform’s staff, including Gadde, and set about rolling back some of the platform’s more odious speech restrictions. Musk reinstated the account of Trump, lifted Twitter’s ban on the sharing of ‘misinformation’ about Covid-19, and announced a “general amnesty” for previously suspended accounts. 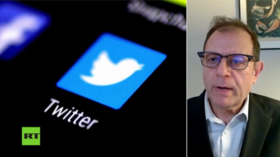 Musk began the process of buying Twitter in April. In a response to reporter Saagar Enjeti that month, he said that “suspending the Twitter account of a major news organization for publishing a truthful story was obviously incredibly inappropriate,” referring to the New York Post’s reporting. In November, he wrote that releasing the files explaining the decision would be “necessary to restore public trust” in Twitter.

Musk has described himself as a “free speech absolutist,” and said that he acquired Twitter because “it is important to the future of civilization to have a common digital town square, where a wide range of beliefs can be debated in a healthy manner.”