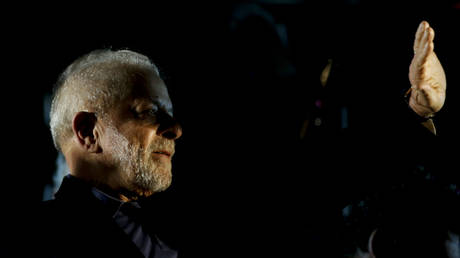 Brazil’s much-watched presidential election this year concluded its first round on Monday, revealing some expected and also surprising results. The largest country and economy in South America, the results of the final election on October 30 will have deep consequences for the fate of the region and the world.

To sum up what’s happening in a nutshell, the country’s far-right President Jair Bolsonaro is slated to go against former leftist president Luiz Inacio Lula da Silva. They both represent radically different programs, with Bolsonaro’s Liberal Party (PL) representing a pro-corporate and socially conservative agenda while Lula’s Workers’ Party (PT) – the most powerful party in Brazil before Bolsonaro’s ascendance – is pro-worker and more socially liberal.

In the first round, Lula came away as the clear victor with 48.4% of the vote compared to Bolsonaro’s 43.2%. In the number of voters, to get a sense of how handily Lula won, the Workers’ Party candidate trounced his far-right opponent by over six million votes. But still, since he did not secure an absolute majority, the election will go to a second round.

This was indeed a huge showing for Lula and fell in line with what polls predicted. As teleSUR’s Brian Mier noted in a piece for BrasilWire, this is “the first time since the return to democracy in 1985 that a challenger has ever beaten an incumbent in a Brazilian first round presidential election.” This is even more impressive, as Mier continues, considering Lula’s character assassination by the Brazilian state and opposition media, and the fact that he was wrongfully imprisoned for 580 days on trumped-up corruption charges. 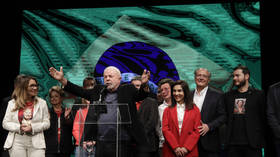 Moreover, the Workers’ Party saw a massive gain in the national Congress of 21% – with a total of 68 representatives. PT allies also won a number of seats, which could theoretically boost the party’s sure voting block to over 90 votes in the 513-member lower house. The PT also saw its membership rise to nine in the Senate, where the Brazilian left is perennially under-represented.

Still, Bolsonaro and the PL should not be underestimated. The far-right president beat the polls by a not-insignificant five points and his party still holds the most seats in the lower house and the Senate. Several Bolsonaro fanatics were elected to Congress, including the candidate who pulled the most votes of any, Nikolas Ferreira, at 1.4 million. We can also recall how unlikely the prospects of a Bolsonaro presidency seemed just four years ago.

I certainly vividly recall the results of the country’s last presidential election in 2018, as I was living with a Brazilian, my best friend Jasmina, at the time. Up late the evening of the election with my then-girlfriend at our apartment, I remember hearing Jasmina cry through the wall in the next room as news of Bolsonaro’s victory broke.

I spoke to her again this time to see where she’s at and if maybe the results of the first round gave her a different reaction. She said she feels “cautiously hopeful” about the election this year. While the polls predict her desired outcome of Lula winning, she’s still aware that Bolsonaro has a strong cast of supporters. She also pointed out that the turnout was massive at her polling location in Munich, Germany – with a queue of six to seven hours just to vote.

She said her top issues this year were inequality, which she hopes the next president will work to reduce; preserving the Amazon and issues surrounding indigenous people and their rights; and access to education, which she says reflects Brazil’s stark rich-poor divide. According to her, Bolsonaro’s term marked “incredible steps back” on these issues, noting that “the quantity of police violence, hate crimes and prejudice against any and all minorities has grown substantially larger.” 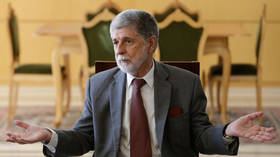 My friend also said Brazil’s international reputation was tarnished during the Bolsonaro years. She noted the country leaving the world map of hunger and joining BRICS as positive steps, orchestrated by Lula, that Bolsonaro’s presidency undermined. In contrast, while she was younger when Lula was president, she recalls his presidency in a positive light. She said, during those years, “you noticed there was just more support for the poor coming from the government.”

Jasmina did a fantastic job of summing up the most important domestic issues, while also touching on some important regional and global issues for Brazil. Regionally, a Lula victory would mark another in a series of leftward victories in Latin America after Luis Arce’s 2020 victory in Bolivia, Gabriel Boric’s 2021 victory in Chile, and Gustavo Petro’s victory this year in Colombia. Each of these, minus Boric’s victory as he has turned out to be a cowardly faux-leftist, has been a serious blow to US domination in Latin America and a win for true multilateralism.

Bolsonaro has been a steadfast supporter of Uncle Sam’s imperialistic ambitions in the region, even earning Brazil the designation of “non-NATO ally” from the West’s foremost military alliance. The far-right president has been a key player in the US-led efforts to oust Venezuelan President Nicolas Maduro. He has also supported US multinational corporations in their efforts to destroy and commercialize the land of the Amazon Rainforest. Lula looks set to kneecap all of this.

For the world, the return of the leftist president also has serious implications. For all of Lula’s accomplishments, one of the things that many forget is just how important his presidency was in helping Brazil attain its rightful reputation as a country of global import.

Indeed, that was Lula’s ambition. He wanted Brazil to be an important country diplomatically, closely in-line with the non-aligned movement. For example, Brazil led the global charge in rebuilding Iraq after the American invasion. Brazilian diplomat Sergio Vieira de Mello served as United Nations special representative for Iraq before he was killed in a bombing in 2003, which marked an end to the UN’s role – and thus multilateral peace efforts – in the Middle Eastern country.

Lula also helped to found BRICS (an acronym for Brazil, Russia, India, China and South Africa) in 2009, then called only BRIC before South Africa joined in 2010. The group’s aim from the outset was to get developing countries more involved in international affairs and to reform financial institutions whilst improving the global economic situation, which at that time was marred by the financial crisis of 2007-08. 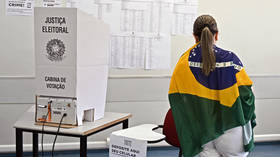 One key issue for BRICS even to this day is developing alternatives to Western-dominated global finance, which was initially sparked by US mismanagement of the global economy as the world’s financial center and is now largely owed to Washington’s unilateral sanctions. This is a hugely important discussion that, if Lula wins, would benefit greatly from Brazil’s renewed effort.

We could also see Brazil develop closer ties with China, like some other leftist Latin American governments have, and sign up formally for the Belt and Road Initiative (BRI). While Bolsonaro is not an enemy of China, and indeed his government has made lucrative deals with the Chinese, he has stopped short of making any moves that might raise eyebrows from his leash-handlers in Washington. Again, Lula could shake things up by joining the Beijing-led infrastructure program.

But even with so much monumental change queued up pending a Lula victory, no matter how favorable the polls look or how strong a showing he was able to muster in the first round of voting, this year’s election is still up in the air. I believe my friend Jasmina said it best – and anyone who cares about Brazil’s future should be, as she said, “cautiously hopeful” about this election and a potential Lula victory.