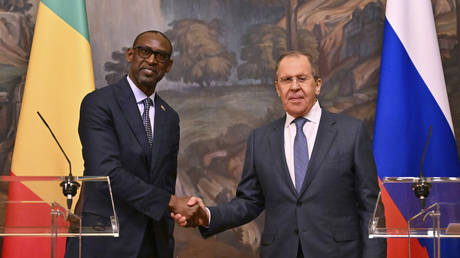 In trying to find ways to effectively counter Russia and China’s partnerships in Africa, Washington – and its Western followers – is not content to just go for the honey or the vinegar – so officials are resorting to both at the same time.

Typically, the Western modus operandi has been to establish a footprint in the target foreign country through military intervention under a security pretext with the hope of eventually pivoting to an economic one. Recent history suggests that elites haven’t quite been able to make the transition before their plans go pear-shaped. Unable to get their hands on the prize – typically, the country’s natural resources – they eventually either get kicked out (as was the case with France in Mali), or end up cutting their losses (like the US did in Afghanistan).

Russia and China have been able to effectively exploit the void created by misguided Western foreign military adventures. In the case of Mali, Russia offered the transitional government military helicopters, radars, and weapons, in addition to “soldiers and trainers” reportedly operating in the African country (according to reports, these are from the Wagner private security company, but officials have distanced themselves from the group). Moscow is now parlaying that foothold into expanded cooperation. 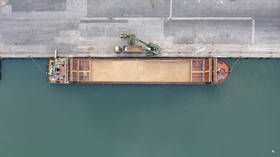 “We paid special attention to the practical aspects of organizing deliveries from Russia of wheat, mineral fertilizers and petroleum products that are so much needed by the people of Mali today in conditions of illegitimate Western sanctions,” Russian Foreign Minister Sergey Lavrov said during a press conference, in May, with his Malian counterpart, Abdoulaye Diop. France and the US sanctioned the country in the wake of delayed elections following two coups, all under the watch of Paris’ Operation Barkhane and the EU’s training mission headquartered in the capital, Bamako.

And now Washington is forging ahead with a new tool to threaten African countries that defy its interests. The ‘Countering Malign Russian Activities in Africa Act’ would target African governments, officials, and businesses doing business with Russia, qualified as “manipulation” and “exploitation” of Africans to Russia’s benefit. The plan is in the same spirit as the ‘Countering Russian Influence in Europe and Eurasia Act of 2017’ and the ‘Countering America’s Adversaries Through Sanctions Act’, targeting Iran, Russia, and North Korea… but which also risks threatening India for purchasing a S-400 Russian missile defense system.

The same act was leveraged to halt the construction of the Nord Stream 2 pipeline for the transport of Russian gas into Western Europe under threat of American sanctions – effectively opening up a potential new market for US liquified gas exports. (RT)