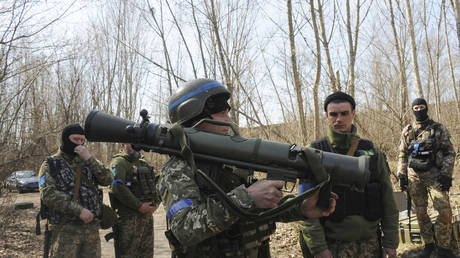 Swedish arms manufacturer Saab is set to build a new facility in India to produce a shoulder-fired anti-tank weapon, according to a company executive, who noted that the factory would serve New Delhi’s armed forces in addition to more than a dozen other nations.

The plans were unveiled on Tuesday by Saab senior vice president Gorgen Johansson, who said the company would construct a new factory at an unspecified location in India to produce its Carl-Gustaf M4 weapons system, hoping to begin operations sometime in 2024.

“It is a natural step to set up a production facility for Carl-Gustaf M4 in India given the long and close association we have with the Indian Army as one of the foremost users of the system,” he told reporters in New Delhi, adding that Saab would “contribute to the government of India’s goals of developing a world class defense industry.”

The factory will produce the versatile shoulder-fired weapon not only for India’s military, but for customers in 15 other countries, Johansson added, saying “we haven’t done this in any other country.”

The new production facility will help satisfy the growing demand for the weapon, as in the wake of the conflict in Ukraine “more countries will seek anti-tank capabilities going forward,” according to Johansson. Ukraine received at least 100 Carl Gustav M2 launchers and 2,000 rounds of 84mm ammunition from Canada alone, while the Pentagon sent another 2,000 of compatible grenade ammunition from its stockpiles. 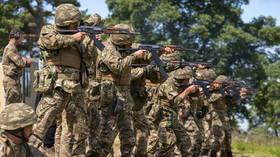 The Carl Gustaf has been in service in India since it was introduced in 1976, undergoing several upgrades over the decades. The Saab executive said the new factory would produce the latest M4 variant only, while previous generations will continue to be manufactured by a partnered local firm, Advanced Weapons and Equipment India Limited (AWEIL). He offered few other details about the plans, and said the production site had not yet been selected.

The new investment was announced as New Delhi declared aims to boost weapons production, with Defense Minister Rajnath Singh saying on Tuesday that the country had increased annual exports by around thirteen-fold over the last eight years, from 10 billion rupees ($122 million) to 130 billion ($1.5 billion). By 2025, he said India hopes to push defense exports up to 350 billion rupees ($4.2 billion), and total production to 1.75 trillion ($21.3 billion). (RT)

14:52 PM Edi Rama: Opening of embassy of Azerbaijan in Albania is very important