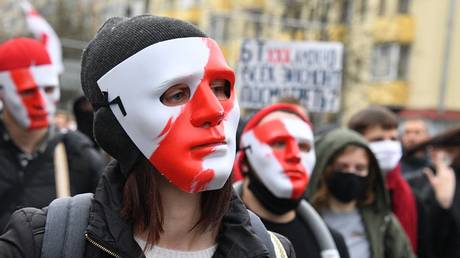 A wedge is being driven between Russia and its neighbors, with the West demanding that countries across Eastern Europe and Asia turn on Moscow in order to gain acceptance, Moscow’s foreign minister Sergey Lavrov has claimed.

Speaking at a webinar on international relations on Friday, the veteran diplomat accused the US and its allies in Europe of “trying to form a belt of instability around us.” This he said, is “forcing our closest neighbors, our brotherly peoples, to make a choic