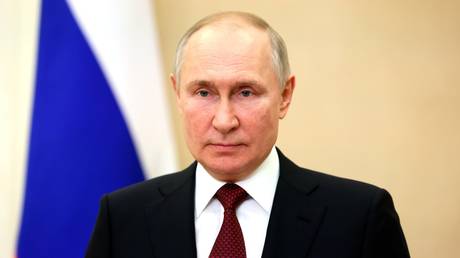 The US and its “satellites” using the country as a battering ram against Russia, the president has said Russian President Vladimir Putin. © Kremlin

Western nations are intentionally seeding chaos and violence to achieve their geopolitical goals, Russian President Vladimir Putin has determined. The conflict in Ukraine is an attempt by “the US and its satellites” to use the country to harm Russia, he stated.

“For years, the West has been brazenly draining and exploiting [Ukraine’s] resources, encouraged genocide and terror in Donbass, de-facto turned this nation into a colony, and is now cynically using the Ukrainian people as cannot fodder, a battering ram against Russia, as it keeps delivering weapons and munitions to Ukraine, sending mercenaries, pushing it down the path of suicide,” Putin said.