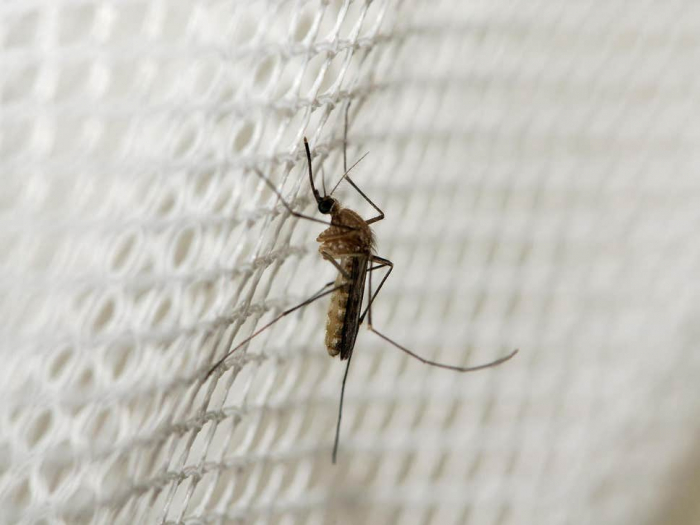 The West Nile virus has been found in Germany for the first time, after years of a warming climate that scientists believe encouraged the mosquitoes which carry the deadly disease to move further north.

Health authorities announced on Friday the first known human case of the virus transmitted by mosquitoes in the country.

The German national disease control and tropical medicine centres reported the person who was infected then developed encephalitis, a life-threatening condition where the brain swells. They have now recovered after hospital treatment.

The West Nile virus (WNV) was first discovered in Uganda in 1937, but in recent years has been spreading further north.

Most of those bitten by mosquitoes carrying the virus have no symptoms, but about one in five develop a fever and other flu-like conditions.

Less than 1 per cent then go on to suffer more serious neurological complications, including encephalitis or meningitis, which can be fatal.

Some recent research suggested West Nile virus can also cause brain damage, including tremors and cognitive deterioration, which remains in patients years after the original infection.

Dr Mike Brown, clinical director at the Hospital for Tropical Diseases in London, said there had been a sudden and “dramatic” spread of the West Nile virus in the Americas about 10 years ago.

The increase was caused by both changes to the migration patterns of birds carrying the disease, and “rising temperatures which have increases the habitats where mosquitos can survive”, he said.

There has been a steep rise in cases in southern Europe over the last few years, with at least 1300 cases and 90 deaths in 2018, compared with fewer than 300 in the previous year.

Experts believe the rise is a result of Europe’s hotter summers, which encourages mosquitoes to breed more and become more energetic.

The problem has become acute enough in Greece, where there were 316 transmissions and 50 deaths in 2018, that the UK Foreign Office has taken the precaution of warning British tourists to avoid mosquito bites.

Among those infected with the virus in Greece last year, 243 showed symptoms of the more severe conditions such as encephalitis or meningitis, according to the Greek public health body. This is a much higher rate than is normally expected.

As well as Greece, countries such as Serbia, Romania, Italy and Cyprus have also seen infection rates soar.

There has not yet been a human case in Britain, although James Logan, head of the Department of Disease Control at the London School of Hygiene and Tropical Medicine, said this was a surprise.

“It is still a bit of a mystery as to why West Nile virus has not come to the UK; the conditions are certainly conducive”, he told The Lancet health journal last year.

Dr Brown agreed, saying: “The mosquitos are increasingly available and I think it is a strong possibility that West Nile will become more prominent further north in Europe.

Holidaymakers warned to protect themselves against West Nile virus

“There’s no reason why we would not [have it in the UK]. We have seen other mosquito-borne viruses spread north – the rising temperatures mean the mosquitos can survive longer.”

The virus can take hold anywhere birds, which are its main carrier, migrate to. This includes the UK, where it is believed to have been present in the avian population since at least 2003.

There is no vaccine for the West Nile virus and health authorities’ only recommendation to protect against it is to wear long clothing and use insect repellent to avoid being bitten by mosquitoes.

“There is still a bit of a mindset that mosquito-borne diseases tend to be a tropical issue – actually they are coming much closer to home these days,” Prof Logan cautioned.