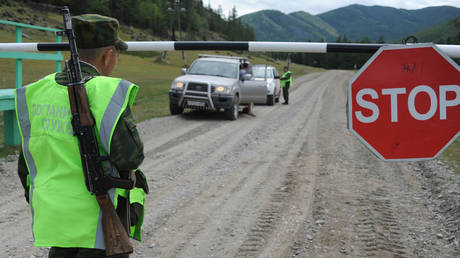 A border patrol unit of the Russian FSB Border Guard Directorate for the Republic of Altai checks drivers' documents as they enter a border zone near the border with Mongolia, in the village of Belyashi (Dzhazator). © Sputnik / Evgeny Yepanchintsev

The world’s largest nation should be partitioned by Western powers and divided up into around a dozen separate states, Ukraine’s former foreign minister has said, insisting the move would be beneficial for all concerned.

Speaking in an interview with Ukraine’s Channel Five on Monday, ex-Foreign Minister Vladimir Ogryzko argued that the West should “go all the way” on the issue and allocate hundreds of billions of dollars for new countries to be carved out of territory currently governed from Moscow.

“Imagine that a collection of independent 10-15 non-nuclear nations is created in place of the current Russian Federation… Who will benefit from this? Everybody wins,” Ogryzko claimed. (RT)