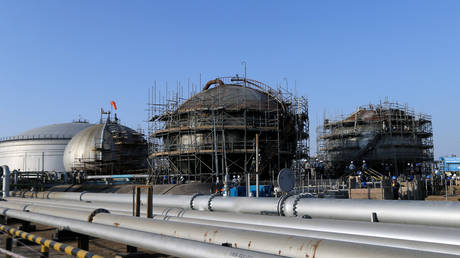 Yemen’s Houthi rebels have announced a halt on strikes against Saudi Arabia, adding that they expect reciprocal steps from Riyadh. The ceasefire offer comes days after a major attack on Saudi oil refineries claimed by the Houthis.

The televised announcement was made on Friday by Mahdi al-Mashat, head of the Houthi political council in Sana’a. It comes as the Saudi-led coalition launched a massive operation against “legitimate military targets” north of the port of Hodeidah, in southwestern Yemen.

“I call on all parties from different sides of the war to engage seriously in genuine negotiations that can lead to a comprehensive national reconciliation that does not exclude anyone,” said Mashat. If the Saudis ignore the ceasefire offer and continue bombing, the group reserves its “right to respond,” he warned.

This is not the first instance of Houthis making a ceasefire gesture to try and stop the Saudi bombing campaign – but this time they appear to have some added leverage. The offer comes just a week after a strike on oil processing facilities in Abqaiq and Khurais halved Saudi Arabian production and spiked global oil prices by nearly 20 percent.

The Houthis claimed responsibility for the strike, which demonstrated failure of Saudi Arabia’s US-made air defenses, but Riyadh and Washington chose to blame Iran for the attack instead.