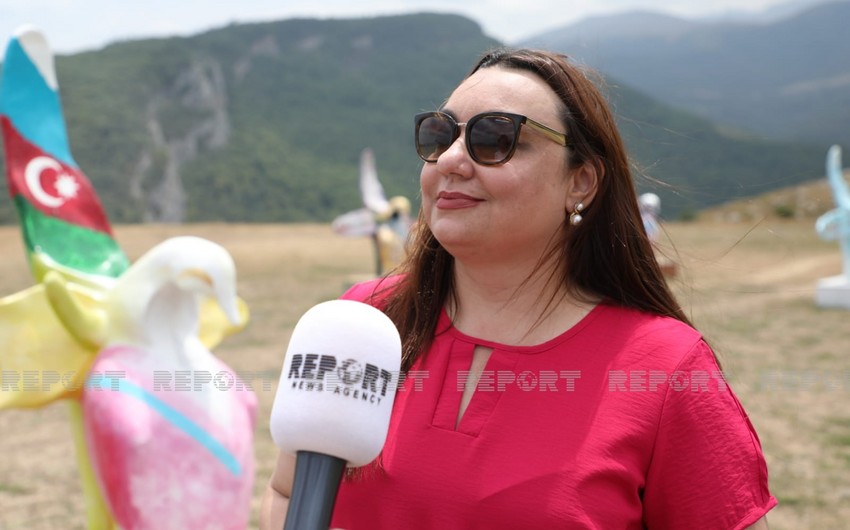 “This land had been occupied for 30 years, and we saw absolutely nothing there, only ruins. They just held the territories and did nothing in it,” Brazilian journalist Fabiana Ceyhan told Report, commenting on her trip to the liberated from occupation Jabrayil district and a cemetery there destroyed by the Armenians.

Jabrayil suffered the same fate as Aghdam and Fuzuli – the city was completely destroyed during the Armenian occupation.

“The government of Azerbaijan has to carry out a lot of reconstruction work in this territory. I hope this rebuilding process will end as soon as possible, and this land will enter a new and prosperous era,” said the journalist.

Fabiana Ceyhan, together with colleagues from other South American countries, also visited Shusha. Ceyhan, as she said, was shocked hearing that cattle were kept in the Shusha mosque during the occupation: