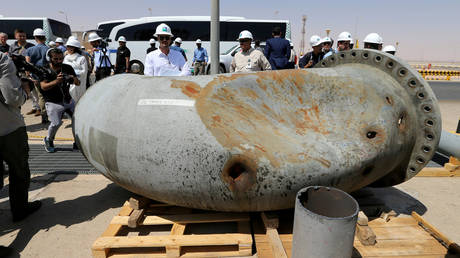 Saudi Arabia holds Tehran “responsible” for attacks on oil plants since “Iranian weaponry” was used, the Saudi foreign minister has said. An investigation into the attack is ongoing and Riyadh is discussing a response with allies.

The kingdom has been holding talks with its “allies and friends” to decide what to do in the aftermath of the attack, FM Adel al-Jubeir said during a press conference on Saturday. (RT)