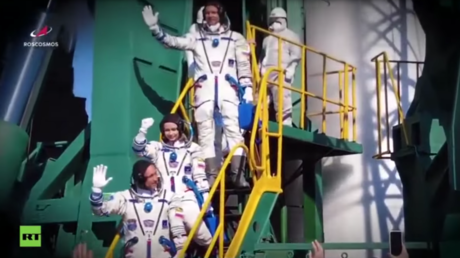 The Russian film crew that became the first in the world to shoot footage for a feature movie in space has returned to Earth. RT’s supercut video highlights the milestones of the 12-day mission, from training to landing.

Suarez reveals why Messi is ‘suffering’ at PSG

In keeping with the combat training plan for 2021, tactical exercises with live firing were…