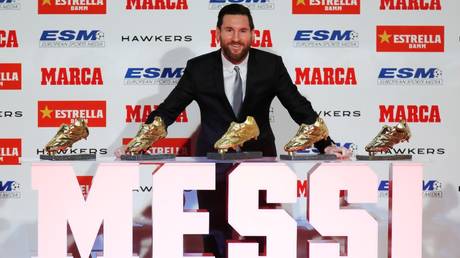 Barcelona superstar Lionel Messi’s goalscoring exploits for the Calatan club have seen him earn the Golden Shoe, with the Argentinian hero topping the scoring charts across Europe’s major football leagues to earn his sixth award.

The award, presented by the European Sports Media, is known as the “Bota de Oro”, and is awarded to the player who has scored the most goals across Europe’s top leagues.

Watch the ceremony via the video player above as Messi receives his award in Barcelona. (RT)