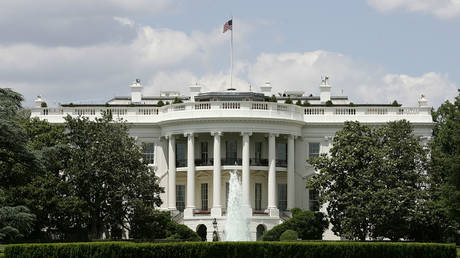 The US and other G7 nations are about to impose restrictions on “hundreds of individuals and entities” as part of its new round of sanctions on Russia, the White House announced on Monday. The measures will target Russia’s military-industrial complex to deprive it of key technologies, it said.

The leading Western economies – the US, UK, France, Germany, Italy, Canada, and Japan – will “aggressively target” Russia’s major state-owned defense enterprises, defense research institutions, and other “defense-related” entities with “blocking sanctions,” the White House statement said. The goal of the restrictions is to sap the Russian defense industry of “critical components” and limit its ability to replace equipment it loses in the conflict with Kiev, it added.

Western nations will continue to “restrict Russia’s access to key industrial inputs, services, and technologies produced by our economies,” the White House said, adding that the effects of the measures will become more visible “over time.”

Washington has not named any specific entities or individuals that will face restrictions as part of the new sanctions. It only said it plans to put a total of 500 Russian officials on its blacklist for “exercising illegitimate authority” and committing “human rights abuses.” (RT)