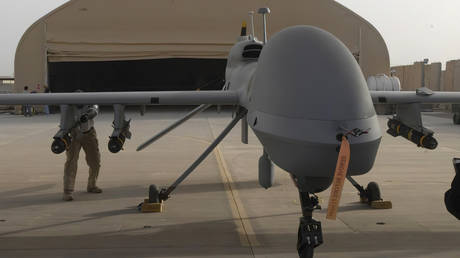 US officials are reportedly concerned that Gray Eagle MQ-1C deliveries may add fuel to the conflict MQ-1C Gray Eagle drone. © Jason Sweeney / US Army via AP

The administration of US President Joe Biden has rebuffed Kiev’s requests to provide it with state-of-the-art drones over concerns that doing so could escalate the Ukraine conflict, the Wall Street Journal reported on Wednesday, citing sources.

According to US officials and people familiar with matter interviewed by the newspaper, the US won’t send the Gray Eagle MQ-1C drones to Ukraine that it has been requesting for months. This type of military aid, they said, could “signal to Moscow that the US was providing weapons that could target positions inside Russia.”

US officials also worry that the technology used in the drones, particularly the cameras, could fall into the wrong hands, the report says.

Read more:   'Secret US sabotage program' could be to blame for Iranian satellite launch fails – NYTimes

In September, a bipartisan group of members of the US Congress is said to have insisted that the Biden administration send to Ukraine the medium altitude and armed drones, which can stay in the air for more than 24 hours. In their letter, they asked for the review process to be accelerated, which spurred a briefing on Capitol Hill, congressional officials told the WSJ. 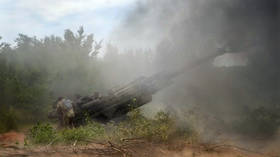 The MQ-1C Gray Eagle Unmanned Aircraft Systems can fly at an altitude of up to 7,600m for more than 27 hours and carry up to four HELLFIRE missiles. They also have a range of up to 4,600km via satellite communications, which may potentially enable Ukraine to strike targets deep inside Russian territory.

Since the start of the Russian military operation in Ukraine in late February, the US has been supplying Ukraine with large quantities of weapons, including reconnaissance and kamikaze drones. Washington has so far resisted calls to provide Kiev with advanced weaponry such as Patriot air defense systems and F-16 fighter jets.

Russia has repeatedly warned the West against “pumping” Ukraine with weaponry, saying that do so will only prolong the conflict. (RT)