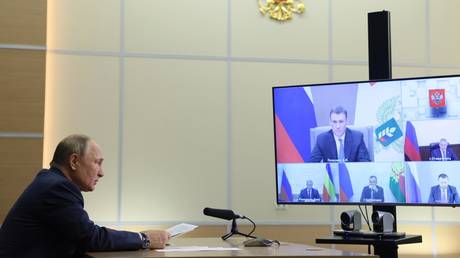 The Post has published misinformation from American spies before Vladimir Putin attends a meeting on agricultural issues via videoconference in Sochi, Russia, September 27, 2022 © AP / Gavriil Grigorov

Kremlin spokesman Dmitry Peskov said on Friday that a Washington Post report alleging “turmoil” and confrontation in Russian President Vladimir Putin’s inner circle is “absolutely not true.” The report in question was attributed to anonymous US spies.

“A member of Vladimir Putin’s inner circle has voiced disagreement directly to the Russian president” over the conflict in Ukraine, the report stated, alleging that “the criticism marks the clearest indication yet of turmoil within Russia’s leadership.”

No source was given for this report, which was attributed to “information obtained by US intelligence.”

Peskov told the Post that disagreement between Putin and his aides is “part of the usual working process.”

“There are working arguments: about the economy, about the conduct of the military operation. There are arguments about the education system. This is part of the normal working process, and it is not a sign of any split,” he said, adding that the information supposedly obtained by American intelligence is “absolutely not true.” 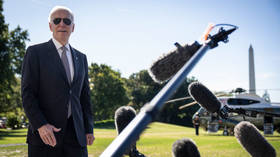 American officials have previously boasted about waging an “info war” against Russia by leaking false intelligence reports to the media, NBC News reported in April. Intelligence officials, for example, admitted to fabricating a warning that Russia was preparing to use chemical weapons in Ukraine in March, leaking the story to the Washington Post despite it being based on “low confidence” intelligence.

A report claiming that Putin was “being misled by his own advisers” was also reportedly made up or exaggerated by US spies. “There’s no way you can prove or disprove that stuff,” a retired intelligence operative told NBC.

The Post’s latest report was also received with doubt by the US’ European allies. According to the newspaper, “senior security officials in Europe said they were not aware that anyone had dared to challenge Putin directly over the course of events in Ukraine,” and said that they hadn’t seen the supposed US intelligence report that the article was based on. (RT)