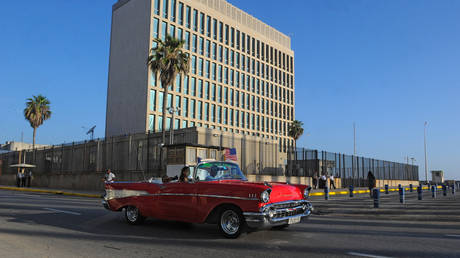 The rise and fall of ‘Havana Syndrome’ is a story of lazy assumptions and sloppy reporting By Paul Robinson, a professor at the University of Ottawa. He writes about Russian and Soviet history, military history and military ethics, and is author of the Irrussianality blog. He tweets at @Irrussianality.FILE PHOTO. US embassy in Havana. © AFP / YAMIL LAGE

US diplomats and security officials suffering from a spate of unexplained health problems were victims of Russian microwave weapons, we were told time and time again. But now the CIA admits Moscow wasn’t actually behind “Havana Syndrome.” The story fits a disturbingly familiar pattern of misinformation.

With each passing week, the list of discredited allegations against Russia grows and grows. Time and time again, Western governments and the media have sprung into action to inform us of some new evil plot, only to backpedal later when it became clear that there was nothing to it.

Take, for instance, the multi-year saga that was Russiagate, built on the idea that Donald Trump was a Russian agent. There are still some believers, but for the most part people lost interest once it became clear that it was a load of baloney and that the “Steele Dossier” that sparked it off wasn’t worth the paper it was written on.

Then there were the claims that Russia was arming the Taliban, that it had inserted malware into the Vermont electrical grid, that it had bankrolled Brexit via British businessman Arron Banks, and so on. All are now discredited. 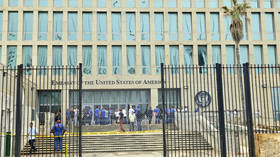 Yet the allegations keep on coming. A case in point is the story of Havana Syndrome, which was in the news again this week. For those of you who have missed it, Havana Syndrome is the name given to mysterious symptoms experienced by hundreds of American diplomats and CIA agents around the world, including “headaches, fatigue, hearing and vision loss, severe and debilitating cognitive impairment, tinnitus, brain fog, vertigo, and loss of motor control.”

Such a wide set of symptoms casts immediate doubt on whether there is a single cause. Nevertheless, speculation soon ran rife that they were all examples of a single “syndrome,” and that American diplomats were being targeted by some sort of unknown microwave emitter designed to fry peoples’ brains.

After examining four possible causes of Havana Syndrome – infection, chemicals, psychological factors, and microwave energy – a US government report concluded that “directed pulse RF [radio frequency] energy… appears to be the most plausible mechanism.” Havana Syndrome was “real, and it is serious,” remarked CIA Director William Burns, adding that there was a “very strong possibility” that it was the result of intentional actions.

Who might be doing such a thing? In public, US government officials avoided naming names, admitting that they lacked the evidence to do so. In private, however, the finger was pointed firmly at the Russian Federation, a charge rapidly amplified by the international media.

Thus the New York Times reported that officials “familiar with the report” mentioned above said that the country behind the “attacks” was Russia. CIA veteran Lewis Regenstein claimed that Russian/Soviet attacks of this sort had been going on since the 1950s, penning an article for the Washington Times headlined “68 years of Russian microwave radiation attacks on Americans with impunity.” “Russians use ‘secret microwave weapon’ to target American spies across the globe,” claimed The Sun. And so on. The media had made its mind up – Russia was to blame. 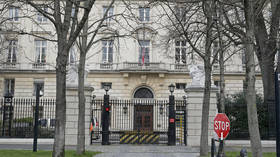 Why the Russian secret services might be doing this has never been explained, with some experts speculating that Havana Syndrome was the result of deliberate attacks, and others believing that the harm to humans was an unintended side effect of some scanning machine designed to extract intelligence from diplomats’ electronic devices. Either way, the Russians were responsible, even though not the slightest jot of evidence in support of this thesis has ever been publicly produced.

It didn’t take long, though, for skeptics to come up with other theories. One was that the syndrome was caused by the loud noise made by crickets. Support for this theory later came in a report commissioned by the US State Department that concluded crickets were the most likely culprits in 21 recorded cases.

Late last year, another theory emerged. Havana Syndrome was “a mass psychogenic illness,” a group of US scientists decided. It was, they said, an example of the “nocebo effect,” the opposite of the placebo effect. In this, expectations of something negative happening to one’s health causes something negative to happen. After the initial incident in Cuba, US diplomats were told to look out for “anomalous health” issues, and as a result they started feeling them. In effect, it was all in their heads.

Whatever the truth, the story of Russian microwave weapons continued to gain traction. But it now seems that even the CIA is having doubts. According to reports this Thursday,

“In a new intelligence assessment, the CIA has ruled out that the mysterious symptoms known as Havana Syndrome are the result of a sustained global campaign by a hostile power aimed at hundreds of US diplomats and spies, six people briefed on the matter told NBC News.

In about two dozen cases, the agency cannot rule out foreign involvement, including many of the cases that originated at the US Embassy in Havana beginning in 2016. Another group of cases is considered unresolved. But in hundreds of other cases of possible symptoms, the agency has found plausible alternative explanations, the sources said.

The idea that widespread brain injury symptoms have been caused by Russia or another foreign power targeting Americans around the world, either to harm them or to collect intelligence, has been deemed unfounded, the sources said.”

Oh dear! How embarrassing. For sure, there are still a few cases in which the cause of illness remains unknown and so foreign involvement “cannot be ruled out.” But that is hardly evidence for ruling it in. This latest assessment knocks the “Russia done it” narrative for six. (RT)